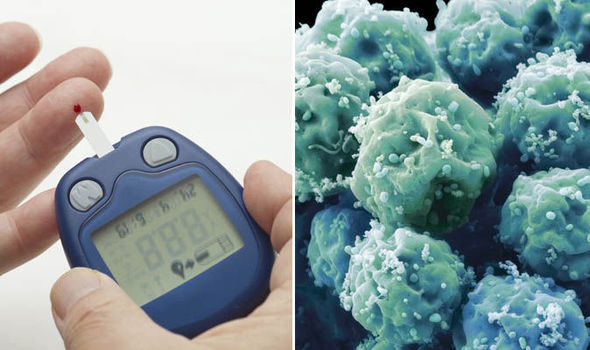 For the very first time, researchers have converted stem cells into pancreatic beta cells that can create insulin. When these cells are transplanted into diabetic mice, their blood sugar levels are rapidly returned to non-diabetic levels.

“This work transitions us to a new era in creating functional beta cells at will,” said lead researcher Professor Ronald Evans, director of the Gene Expression Laboratory at the Salk Institute.

“In a dish, with this one switch, it’s possible to produce a functional human beta cell that’s responding almost as well as the natural thing.”

Pancreatic beta cells produce insulin in response to the consumption of sugary food, allowing cells to convert the glucose in the bloodstream into energy or fat. When insulin production stops, we have a classic case of type 1 diabetes.

Researchers have tried for years to recreate beta cells from stem cells, but failed to get the cells to produce insulin – the same way that beta cells in fetuses do not produce insulin because their glucose levels are controlled by the pregnant mother. Until now, that is.

An international team, led by researchers at San Diego’s Salk Institute, have devised a means to stimulate these beta cells to start producing insulin; importantly they have shown that once the beta cells start, they are able to continuously regulate the body’s glucose levels.

Their work was published in the Cell Metabolism journal.

In order to determine why beta cells start producing insulin when they mature, the researchers compared immature beta cells with mature ones. They found that the mature cells had a nuclear receptor protein called the oestrogen-related receptor y (ERRy) – a sort of genetic switch.

“So we looked at it as not being a problem of cell differentiation but a problem of regulation and to get the regulation working right you just needed to turn the switch on.”

When the cells were made to produce more ERRy, they also started to produce insulin.

ERRy allows fast energy production in cells, and is important to cells that require more energy, the brain and muscles for example. It turns out that pancreatic beta cells also need the quick energy boost.

“It was a little bit of a surprise to see that beta cells produce a high level of this regulator, but beta cells have to release massive amounts of insulin quickly to control sugar levels. It’s a very energy-intensive process,” said Professor Evans.

“Hopefully, this mirrors what would happen in the clinic – after someone is diagnosed with diabetes they could potentially get this treatment,” Evans noted in a press statement. “It’s exciting because it suggests that cells in a dish are ready to go.”

“This discovery will enable us to produce potentially unlimited supplies of transplantable cells derived from a patient’s own cells,” said Professor Liddle.

Of course, human trials have not commenced yet, but the results appear to be hopeful so far.
Sources: ABC News, Express, Science Alert

This article (Cure for Diabetes Soon? Insulin-Producing Pancreatic Cells Created for the First Time Ever) is a free and open source. You have permission to republish this article under a Creative Commons license with attribution to the author(CoNN) and AnonHQ.com.