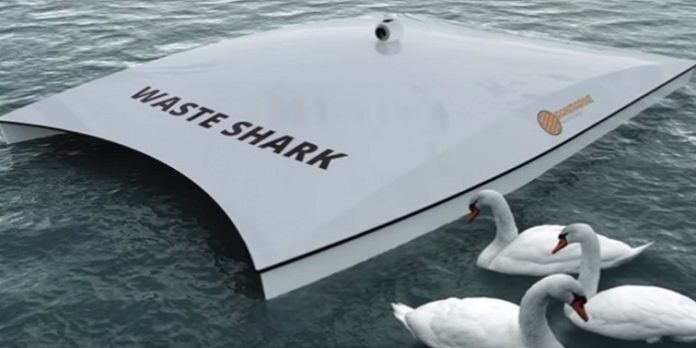 The Waste Shark is about the size of a passenger car and can vacuum up 1,100 pounds of floating trash. Because it can work 24/7, it’s incredibly efficient.

The Waste Shark is a small aquatic drone that is capable of vacuuming up 1,100 pounds of floating trash. Designed by Richard Hardiman of RanMarine, it’s basically like a Roomba for the ocean. Popular Science reports that the drone has officially embarked upon its first mission: To pick up trash in the waters around Rotterdam before it makes it way out to sea.

The inventor gifted four Waste Shark prototypes to the Port of Rotterdam Authority in the Netherlands. For the next year, the drones will patrol the waters and collect waste to help improve the state of the environment. As Conserve-Energy-Future shares, more innovations with similar application need to be utilized – and soon, because of the amount of trash which is circulating in the waters and affecting wildlife. In the Pacific Ocean, for example, there is an island of trash twice the size of Texas which contains items incapable of breaking down for thousands of years.

Hopefully, the growth of the Great Pacific Garbage Patch will decrease as Waste Sharks are put to work in bodies of water around the world. Each drone is approximately the size of a passenger car and picks up trash in a 14-inch “mouth” that extends below the water’s surface. Being autonomous, they’re able to patrol 24 hours a day, seven days a week without oversight.

It is Hardiman’s hope that the Waste Sharks eventually help make ocean trash a thing of the past (what a concept!). He explained in a statement:

“It may sound like a strange thing to say for an entrepreneur, but my mission will only truly be accomplished when I’m ‘out of business.’”

That’s a future we can all get excited about. Watch the Waste Shark in motion below!

This article (Drones Are Officially Cleaning Up Ocean Trash [Watch]) is free and open source. You have permission to republish this article under a Creative Commons license with attribution to the author and TrueActivist.com