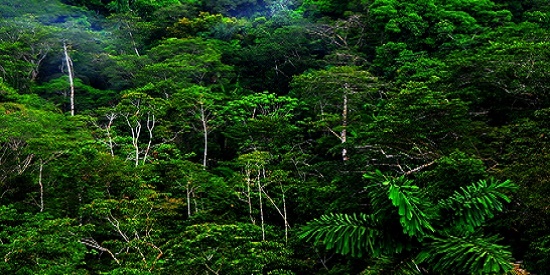 Ecuador is in the midst of talks to sell one-third of pure, untouched rainforest to Chinese oil companies despite environmental impact and protests from indigenous people.

In a move that could simultaneously ease the debt of Ecuador and deliver a huge blow to rainforest conservation efforts, Ecuador is set to auction off one third of their pristine rainforest, 3 million hectares of their 8.1 million, to Chinese oil companies.

Ecuador has pursued this deal for several years now, and recently seems to have been finalizing the deal as they publicized the bidding process in the last few weeks on a roadshow in several nations. The process includes Ecuadorean politicians pitching bidding contracts to possible buyers from Chinese oil companies.

If the Chinese follow through with their deal, it would violate a clause they agreed upon recently in their new investment guidelines. The clause states that China, known for its terrible exploitation of land, “promote harmonious development of local economy, environment and community” when pursuing new enterprises abroad.

The development is anything but harmonious, with up to seven indigenous groups protesting and condemning the new deal, which they claim they have not approved. According to Axis Logic, a court ruling was decided last year that stated that the government must obtain “free, prior, and informed consent” from indigenous groups for any upcoming projects that involve the environment.

Narcisa Mashienta, a women’s leader of the native Shuar people, said that,

“They have not consulted us, and we’re here to tell the big investors that they don’t have our permission to exploit our land.”

Though the loss of ancestral land will be devastating to these peoples, even more devastating will be the impact this deal will have on the environment. This announcement comes just after Peru declared an environmental state of emergency because of oil pollution from their own rainforest, where Pluspetrol has been operating oil fields since 2001, according to Business Insider.

Rainforests are known for their biodiversity and complexity of the existing species and ecosystems, and an exposure to oil activities will certainly damage large aspects of this system. These forests are still so shrouded in mystery because of little exploration that experts speculate there are many species within the rainforest that have yet to be discovered. If this deal goes through, there is a chance that they never will be.

“My understanding is that this is more of a debt issue – it’s because the Ecuadoreans are so dependent on the Chinese to finance their development that they’re willing to compromise in other areas such as social and environmental regulations.”

Ecuador reportedly owed China $7 billion, which is more than one tenth their national GDP, as of last summer. China began loaning Ecuador billions of dollars in 2009 in exchange for large oil shipments and has since helped to fund two huge hydroelectric infrastructure projects within Ecuador.

Despite criticism from the native people and the environmental impact, Ecuador may have no choice but to auction off this precious land in order to relieve themselves of their financial troubles.

What do you think of Ecuador auctioning off their rainforest to oil companies? Comment your thoughts below!

This article (Ecuador Set To Sell One Third Of Pristine Rainforest To Chinese Oil Companies) is free and open source. You have permission to republish this article under a Creative Commons license with attribution to the author and TrueActivist.com.