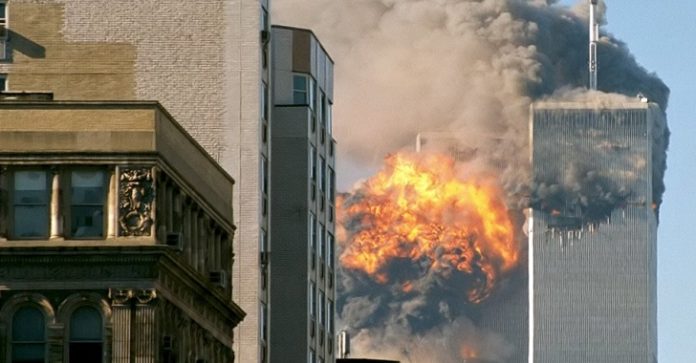 A new report from POLITICO corroborates a suspicion long held by critics of George W. Bush and Dick Cheney. It affirms the former president and vice president not only had intelligence warning the terror attacks of 9/11 were imminent, but that they repeatedly ignored the CIA’s warnings. The most shocking assertion is that Bush and Cheney actively attempted to hide the paper trail documenting the fact that the evidence was presented to them.

The claim comes from none other than ex-CIA Chief George Tenet, who recounted with palpable frustration how Bush, Cheney, and National Security Advisor Condoleezza Rice ignored multiple warnings from both him and then-counterterrorism chief, Cofer Black, during the late spring and summer of 2001.

Previously, the most salient proof the Bush administration had advanced warning of 9/11 was the infamous August 6th edition of the CIA Presidential Daily Brief given to George W. Bush. Titled “Bin Laden Determined to Strike in U.S.,” the document has often been cited by journalists and whistleblowers making a case of willful negligence against Bush and Cheney. The new information from Tenet and Black presents a considerably deeper timeline, showing there was a consistent stream of intelligence warnings starting at least four months prior to September 11th.

Reacting to the threat, Tenet and Black formulated a plan called “the Blue Sky paper,” which called for a comprehensive but covert CIA and military campaign to wipe out Al Qaeda before it could launch attacks. Specifically, Tenet wanted a paramilitary team deployed to the Afghan sanctuary with the goal of “creating a bridge with Uzbekistan.”

Tenet says the response to the “the Blue Sky paper” was stunning. The administration did not want to address the issue, and notably, “didn’t want the clock to start ticking.” In its report, POLITICO translates this to Tenet claiming Bush and Cheney didn’t want a paper trail of the warnings. It’s unclear whether Tenet directly asserted this sentiment or if reporter Chris Whipple inferred it.

What is clear is that for the entire summer preceding the 9/11 attacks, the administration ignored warnings about the threat of Al Qaeda and outright rejected a CIA plan to destroy the terrorist group.

Tenet gets more specific with the nature of the intelligence:

“The world felt like it was on the edge of eruption. In this time period of June and July, the threat continues to rise. Terrorists were disappearing [as if in hiding, in preparation for an attack]. Camps were closing. Threat reportings on the rise.”

On July 10th, Tenet met directly with Condoleezza Rice at the White House, where Richard Blee, head of the agency’s Al Qaeda division, told the national security advisor, “There will be significant terrorist attacks against the United States in the coming weeks or months. The attacks will be spectacular. They may be multiple. Al Qaeda’s intention is the destruction of the United States.”

Rice has consistently downplayed this meeting. In her memoir, she said her recollection of the July 10th warning is not “crisp” because she and Tenet had been regularly discussing the terrorist threat.

How the president’s national security advisor—and the president and vice president themselves—did not prioritize the urgency of new intelligence regarding a terrorist attack against the United States is still a matter of confusion and deep disappointment for Tenet.

“To me it remains incomprehensible still. I mean, how is it that you could warn senior people so many times and nothing actually happened? It’s kind of like The Twilight Zone,” says Tenet. “I still look at the ceiling at night about a lot of things. And I’ll keep them to myself forever. But we’re all human beings.”

This article (Ex-CIA Chief: Bush and Cheney Knew 9/11 Was Imminent, Concealed Intelligence) is free and open source. You have permission to republish this article under a Creative Commons license with attribution to Jake Anderson andtheAntiMedia.org. Anti-Media Radio airs weeknights at 11pm Eastern/8pm Pacific. Image credit: TheMachineStops. If you spot a typo, email [email protected].