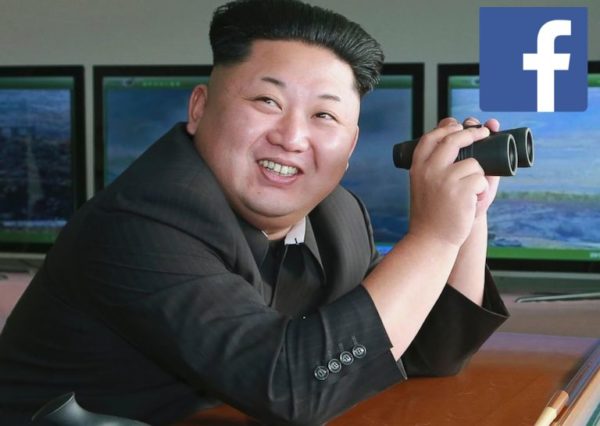 An unidentified person in North Korea has created a clone of Facebook, which allows people in the conservative country to create accounts and enjoy the social media platform.

Public access to the Internet is highly restricted in North Korea. It is said the country’s elite party members and their families are ones who have the opportunity of using the Internet, however, they are constantly being monitored.

Based on media reports we gathered, this new social media launched in North Korea looks exactly like Facebook. It has been named the Best Korea’s Social Network. The homepage has a thin blue banner at the top with a search field for “people, #hashtags, !groups.”After registration, users can upload a cover photo and profile picture, find friends and message them. Users can also post a status message and scroll through a News Feed just like Facebook. Below is a screen shot of a profile on Best Korea’s Social Network taken by CNN Money. According to CNN Money, a researcher at DYN, Doug Madory, first discovered Best Korea’s Social Network. DYN is a company that monitors Internet use and access around the world.

After discovering it, Madory then decided to trace where the server is located. He finally traced the server to North Korea. Mr Madory explained that the cloned site was created using phpDolphin, a template-based software system that allows people to build a clone of Facebook. The site is also said to be filled with lots of placeholder Lorem Ipsum text. However, publicly available Internet records could not identify the person or entity that created the website.

It is reported that at a point, the homepage was full of photos of the country’s leader, Kim Jong Un as the boy from “Up in the Air.” There were also some few phony accounts posing as Kim Jong Un.

According to Mr Madory, it is possible that someone in North Korea created the social media as a test. He also revealed that North Korea websites are hosted in China, making what he discovered very strange.

He was quoted as saying “It’s very unusual to have websites hosted in North Korea. Many North Korean sites are hosted in China. I am not sure this was an official North Korean government project. But someone inside the country had to have done this.”

North Korea’s state media has not commented on the creation of the new social media platform. No official in government, too, has commented on it. It is unclear when exactly the social media was launched, or how many people have already signed up as at now.

It is believed that North Korea’s military has formed a highly skilled and well-resourced cyber warfare unit. It is also said that the Communist country has released its own desktop computer operating system known as Red Star OS, which is a heavily restricted version of Linux.

Since the discovery about the Facebook clone was made, some observers have put forward some assumptions.

The International Business Times UK reports that one possibility is that North Korea is testing a social network for the country. This assumption is taken from what Cuba has done. The communist country is said to have created its own Facebook clone that works only within the Caribbean nation. Currently, Best Korea’s Social Network is open to everyone, but it is predicted that access could be restricted to only those inside North Korea at a later date.

This article (Facebook has been Cloned in North Korea, People are Being Urged to Join) is a free and open source. You have permission to republish this article under a Creative Commons license with attribution to the author and AnonHQ.com.