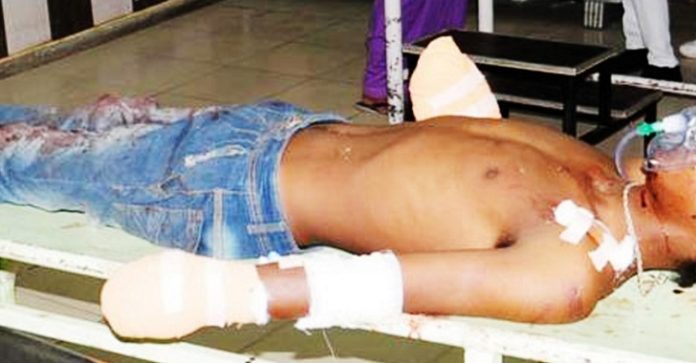 (CCN) A father of a 7-month-old child says he was left with no other option than to take revenge against a 17-year-old boy who raped his baby daughter — after courts refused to convict — citing lack of evidence.

The Indian man tied the teen to a tree and chopping off his hands, according to The New York Post, following a refusal to convict the teen of the more serious charges associated with the crime.

“In court, the father said he was willing to forgive the teen and accept cash as compensation — even offering to drive the perv home to Kotli Ablu, a village in Punjab where they both live, the Mirror of the UK reported.

“But halfway through the trip, the father stopped the bike, tied the rapist to a tree, and hacked off his mitts with a machete.

“The father then fled, leaving the teen screaming for help before being found by locals.”

The Daily Mirror similarly reports that during court proceedings, “the father reportedly indicated that he was prepared to forgive the teenager and accept a compensation deal to limit his punishment.”

The teenager was then let go and the father reportedly even offered to drive him home. “Halfway through the journey, the father apparently stopped the bike and attacked the teenager, tying him to a tree before chopping off his hands with a machete,” the Mirror reports. The teen was hospitalized and is still in critical condition.

While the courts had not convicted the teen, sources say that the cops are still looking for the father, and he is expected to be convicted if caught.

This article (Father Chops off Hands of Teen Who Raped His Baby After Judge Refuses to Convict) originally appeared on CounterCurrentNews.com and was used with permission. The Anti-Media radio show airs Monday through Friday @ 11pm Eastern/8pm Pacific. Help us fix our typos: [email protected].