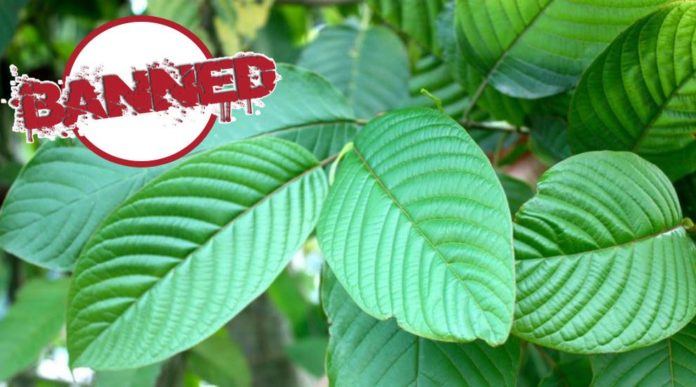 I think it’s no secret by now, how Anonymous and many other citizens are not fans of “Big Pharma,” a group of multi-billion dollar pharmaceutical conglomerates, representing some of the highest leading donors to individual political election campaigns.

Last year, the Gloucester Police Department in Massachusetts doxxed the 5 highest paid pharmaceutical CEO’s in the country, resulting in published information on their social media accounts. The police did this in protest of the fact that 80% of addiction cases in the United States start as the result of a legally prescribed drug.

The police wanted to engage society, to protest the fact that our government spends billions of dollars fighting the negative ramifications of legally prescribed medicine, while on the other hand, arresting hundreds of thousands of people for using these drugs each year. All the while the people who make, sell and distribute these same drugs – doctors, pharmacies, pharmaceutical corporations – seem to have complete immunity to the this justice system problem.

The reason for this article today, is the recent decision by the US Drug Enforcement Agency to declare a herbal supplement – Kratom – to the schedule 1 narcotics list. This would treat Kratom in the same manner the justice system treats heroin. Keep in mind, Kratom has always been treated as an herbal supplement.

Herbal supplements are not regulated by the FDA, never mind the DEA. The herbal supplement market is often at times, a shady business, where supplement companies make outrageous claims on the label without evidence supporting it. If you have ever watched the documentary Bigger, Faster, Stronger, you would understand this concept.

The seriousness of this problem is almost unprecedented. Kratom is going from an unregulated, completely free and legal status to one of the most banned, illegal drugs in the world – medical research on this plant in the future, will be prohibited.

To be honest, until 2 days ago, I had never heard of Kratom. It popped up on a local political forum, and I thought to myself it seemed like more laws were being made to throw more non-violent offenders in prison. The United States already has 20% of the worlds prison population, despite only 5% of the overall population, but we just keeping making more laws to throw more people in jail. The more arrests are made, the more funding pumps through the justice system, from DEA officers to prison workers. Rather than fixing the broken machine – the justice system – our law makers appear to be making it stronger.

What Exactly is Kratom and Why is it Causing such a Big Stir?

Kratom, in traditional folk medicine and Chinese medicine, is used as a herbal supplement to treat chronic pain.

According to Kratom User’s Guide, “the primary active principals of this herb are potent opiate receptor agonists. In many ways kratom is safer than many commonly prescribed opiate pain medications: It is not as addictive; people do not develop rapid tolerance to it; and it is not known to depress respiration significantly. Many thousands of people benefit from the use of this herb to treat chronic pain, and many report that it is more effective than prescription narcotic pain killers, and does not produce the undesirable side effects of those drugs.”

According to the DEA’s official release, “The Administrator of the Drug Enforcement Administration is issuing this notice of intent to temporarily schedule the opioids mitragynine and 7-hydroxymitragynine, which are the main active constituents of the plant kratom, into schedule I pursuant to the temporary scheduling provisions of the Controlled Substances Act. This action is based on a finding by the Administrator that the placement of these opioids into schedule I of the Controlled Substances Act is necessary to avoid an imminent hazard to the public safety. Any final order will impose the administrative, civil, and criminal sanctions and regulatory controls applicable to schedule I controlled substances under the Controlled Substances Act on the manufacture, distribution, possession, importation, and exportation of, and research and conduct of instructional activities of these opioids.”

As reported by Forbes, “As far as the DEA is concerned, the fact that people in other countries have used kratom for centuries to ease pain, boost work performance, and wean themselves from opiate addiction counts for nothing. All the DEA needs to know is that our shores have been invaded by a foreign drug that is increasingly popular among Americans as a home remedy and recreational intoxicant. From the DEA’s perspective, that is intolerable, regardless of the drug’s hazards or benefits.”

The DEA’s effort comes in conjunction with a larger federal initiative to fight America’s “heroin crisis.” Recently, Barack Obama and the Democrats asked for 1.1 billion dollars in federal funding to fight the problem and help pharmaceutical corporations develop new drugs to counteract the symptoms of addiction from other opioids.

The hypocrisy of the situation is that Kratom has killed only 17 people this year, and all opioids in general, kill about 18,000 people per years. Alcohol, by comparison kills over 4x the amount of people each year as opioids – 88,000 to be exact – so why is the country not facing an alcohol crisis?

As The Free Though Project reported, “These moves by the DEA must be seen for what they truly are – an attempt by the federal government to protect the big pharma industry. Kratom, a plant, could drastically cut into the financial bottom line of the opioid death peddlers. However, the federal government instead works to protect the big pharma industry by outlawing the substance in such a way that even studying it would become a criminal act.

There is no question that kratom has medicinal uses as the National Institute of Health has noted on its website. The DEA’s ignorant stance, which blatantly ignores the latest scientific research, reveals an agenda at play that has little if anything to do with keeping people safe, and everything to do with protecting drug makers.”

Action Being Taken Against Kratom Legislation

So now what? Things we as the Kratom community are trying to do to prevent this is to get a white house petition to pass, trying to get a lawyer to sue the DEA, and we’re also marching in Washington D.C., as well as writing to representatives. We could really use your help to stop this ludicrous ban. Please join us for the march or sign the petition or spread the word. Anything would help tremendously. You can find all the information you need here:

This article (Federal Government Requests $1.1 Billion Funding for Pharmaceutic Companies, while DEA Bans Kratom – a Cheap Herbal Substitute) is a free and open source. You have permission to republish this article using a creative commons license with attribution to the author and AnonHQ. Join the conversations at www.anonboards.com.