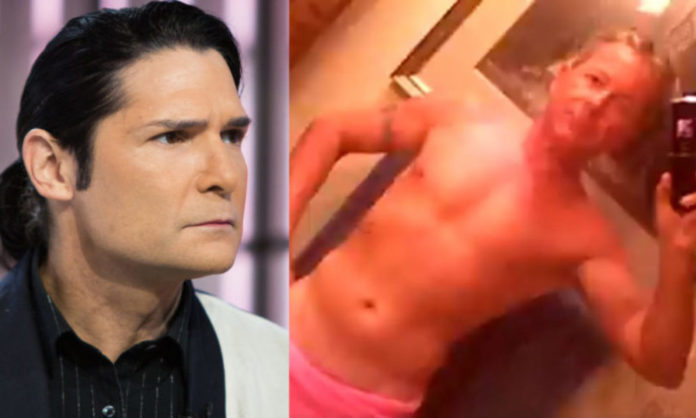 Since Corey Feldman’s blow to Hollywood, to name the names of his abusers and paedophile ring reaching the top entertainment echelons, the LA-based entertainment industry scrambles for damage control.

A flood of allegations against Hollywood predators are leaking out as victims find the courage to name their attackers which include Harvey Weinstein, Jeremy Piven, Dustin Hoffman and Kevin Spacey. Whether Feldman’s announcement has given rise to sexual assault victims’ courage to stand up to scrutiny is worthy of consideration.

In latest news, an early release of a coming interview between Feldman and Dr. Oz suggests Feldman’s intentions to soon release names of his attackers. In a quick clip released, Feldman is filmed identifying one attacker, John Grissom, an actor, and making a call to the Los Angeles Police Department to file a new report.

But this is not the first time Feldman has filed a report with police against his attackers. Despite criticism, Feldman handed over the names he intends to now make public, to the police, in 1993. At the time, however, Feldman claims that investigations were all about police trying to pin something on Michael Jackson, and washing the evidence to do so.

“In fact, if anybody wants to go back to 1993, I sat there with the Santa Barbara police, I gave them the names, they’re on record. They have all of this information but they were scanning Michael Jackson. All they cared about was trying to find something on Michael Jackson,” Feldman said.

However, Feldman is finding an unsympathetic ear in the Mainstream Media. Fox News is buttressing the Hollywood frontlines, reporting that Public Information Officer Kelly Hoover, for the Santa Barbara County Sheriff’s Office, has denied Feldman’s initial 1993 statement to police, stating the department has no record of named suspects.

The recent but not new claim that a Hollywood paedophilia ring still preys on young actors reaches a top studio, voiced Feldman last month. Through an IndieGoGo campaign, Feldman has already raised $187,347 USD at the time of publication. Feldman’s Twitter account has also gained an additional 30,000 followers in a week following his announcement, indicating the mass support behind his intended film project to expose Hollywood predators responsible for the abuse against children.

Feldman’s intention to self-produce, self-finance, self-direct and self-distribute the film will avert those in the industry seeking to halt his project, taking the power away from the entertainment executives to weed out the criminals and revolutionize Hollywood for the better.

Tomorrow, Corey Feldman is here – for the first time anywhere, he is exposing his alleged abusers. In this Oz Exclusive, the former teen star discusses Hollywood’s dark secrets and reaches out to the LAPD to launch an official investigation.

Since Feldman’s announcement to bring Hollywood to its knees, with the intention of rebuilding the entertainment industry without paedophile rings and child abuse, the childhood actor has received attempts on his life. Two trucks, Feldman noted, simultaneously tried to run him down while on a cross walk. Feldman has also disclosed the current effects on his personal life, being arrested shortly after his announcement, and several of his band members suddenly quitting because they’re “afraid for their lives.”