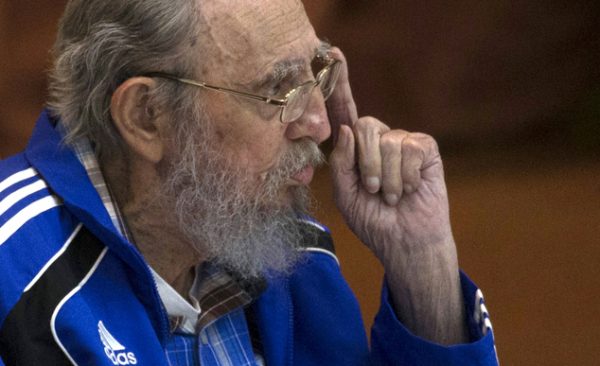 The former leader of the Republic of Cuba, Fidel Alejandro Castro Ruz, has told his country in an emotional speech that his mission on earth has come to an end.

The revolutionary leader governed the small island nation in the Caribbean as Prime Minister from 1959 to 1976, and then as its President from 1976 to 2008. He stepped aside, relinquishing the position to his junior brother, Raul Castro in 2008, due to ill-health.

The United States tried many times to eliminate him and his communist party, after he led the guerrilla warfare that eventually ousted the United States-backed government of Fulgencio Batista in 1959.

But for more than half a century, Fidel Castro defied the United States, surviving harsh economic embargo. He has seen 10 presidents of the United States come and go. The Berlin Wall also fell, but he still survived.

At the 7th communist party‘s valedictory congress in Havana, Castro told members of the party in a very emotional speech that the time has come for him to say the final goodbye to his comrades and the Cuban people. He also used the occasion to encourage the country, especially the succeeding generation, to continue the path that has brought Cuba up to this day.

“I’ll be 90 years old soon. Soon I’ll be like all the others. The time will come for all of us, but the ideas of the Cuban communists will remain as proof on this planet that if they are worked at with fervour and dignity, they can produce the material and cultural goods that human beings need, and we need to fight without truce to obtain them,” he said. Cuban State Television showed Fidel wearing a plaid shirt and sports top, seated at the dais in the convention palace, consulting notes as he spoke to the gathering. Party members responded with shouts of “Fidel!”

After this sad speech, it was announced that Raul will still remain as the leader of the country. José Ramón Machado Ventura will be his deputy. Raul who is 84, is expected to step aside in 2018.

Machado Ventura, too, is 85, and it is obvious that he cannot succeed Raul after 2018, due to his age. Therefore, it is being speculated that a younger generation will soon take over the island from those who carried the revolution on their shoulders.

At the closure of the congress, Raul himself said the gathering would be the one headed by current leaders. He was quoted as saying “This seventh congress will be the last one led by the historic generation.” Obama’s visit was meant to normalize relations between the two countries, after years of animosity and mistrust. It was also to cement Washington’s recent diplomatic outreach to Havana, making it hard for any future president of the United States to return to the half-century old policy of isolation. Throughout his presidency, Obama has clearly stated that he and his team consider the isolation policy of Cuba by the United States to be a failure.

However, after Obama left Cuba, Fidel responded to the visit by saying that Cuba does not need the United States for anything. He told the Cuban people to be mindful of past events, reminding them of the Bay of Pigs invasion of 1961, in which a CIA-sponsored paramilitary force of Cuban exiles, attempted to take over the island.

This article (Fidel Castro says Goodbye to Cuba, Predict He will soon Pass on to Eternity) is a free and open source. You have permission to republish this article under a Creative Commons license with attribution to the author and AnonHQ.com.