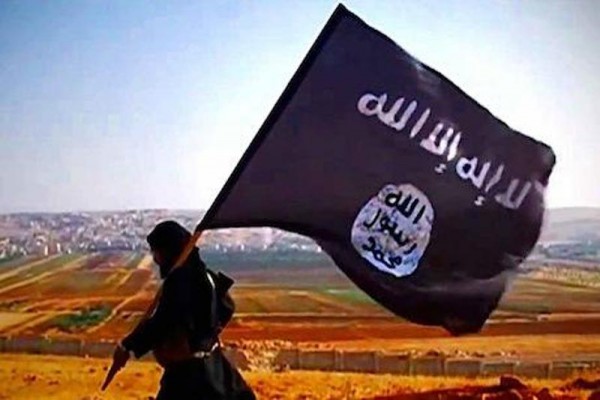 Recently, the leading presidential candidate for the Republican Party, Donald Trump told the whole world that Muslims should be barred from entering the United States of America.

He based his argument on the actions of radical jihadist groups, especially the self-proclaimed Islamic State of Iraq and Syria (ISIS). For Trump, last month’s attacks in Paris, and the recent mass shooting in San Bernardino, California, means Americans are not safe, and the only way to make Americans safe is to ban millions of people from entering the US because of their religious affiliation. Although some politicians on both the right and left political-divide issued statements condemning the opinion of Trump, others stood firmly behind him, praising him for his vision to make America strong and great.

According to the Free Thought Project, Alex Jones, the former supporter of liberty at Infowars.com, put out a video supporting Trump’s plan. Jones said, “Donald Trump is right about saying that we need to ban Muslims coming into the nation until we get the Visa situation and the problem handled….because upwards of 25% of Muslims who’ve been polled say they sympathize with ISIS and want to conduct violent attacks in Europe and the United States.”

As it was later revealed that Jones had lied about the research that suggested some 25% of Muslims want to carry out attacks in the West, Infowars published an article, linking it to the actual data that proved Jones and his cronies wrong.

However, in a blatant attempt to strike fear into the hearts of their xenophobic reader base, (who used to be anti-war and pro freedom of religion) Jones defended Trump by pointing out that 21% of Syrians polled have favorable views on ISIS. This statistic also turned out to be false. Another anti-Islam post written by Paul Joseph Watson, also referred to people in the West who think Islam is a peaceful religion as “stupid people.”

As Jones, Trump, Watson, and the rest of the fascist Muslim-fearing cowards continue to push the fear-narrative, stoking dangerous levels of hate against all Muslims, some observers say they are buying into the ISIS propaganda. They are also making the job easy for ISIS. In addition, it is feared that these actions will further exacerbate the situation.

According to social commentators, the gray zone is the zone of peaceful coexistence between humanity in social context. ISIS and other jihadists’ primary goal is to eliminate the gray zone, creating animosity between Western Muslims and the rest of the population. In fact, a recent ISIS publication, entitled Extinction of the Grayzone, made it clear that the strategy has been at play for the past 14 years. It is believed that the late leader of Al-Qaeda, Osama Bin Laden and his allies planned to eliminate the gray zone.

“The grayzone is critically endangered, rather on the brink of extinction. It’s endangerment began with the blessed operation of September 11th, as these operations manifested two camps before the world for mankind to choose between, a camp of Islam… and a camp of kufr – the crusader coalition,” the publication said.

And unfortunately, the then leader of the US during the September 11th attack, George W. Bush also ignorantly said, “Either you are with us or with the terrorists.”  That is what ISIS and other radical groups want. Now, the jihadists in the East, and the fascist fear-mongers in the West, are getting closer to their goal of divide and conquer than ever before.

Currently in the West, Muslims are being thrown from buses because individuals fear that they may be potential terrorists. There have also been many physical assaults against peaceful Muslims. Since the Paris attacks alone, there have been two-dozen anti-Muslim attacks in the United States. These attacks range from rubbing human feces and leaving pigs heads outside of mosques.

ISIS’s goal from their own publication. A black & white world. What they call “grayzone” is our coexistence zone. pic.twitter.com/dDPqigam4t

Two Muslim women nearly lost their lives recently in Tampa Bay, Florida, after they were attacked with a gun and rocks. They were attacked because they are Muslims, and could be potential terrorists. People have deliberately created fear in the Western public, increasing an unprecedented hate against Muslims.

Meanwhile, according to recent polls and studies conducted in the last few years, Muslims have been crucial in helping law enforcement find terror suspects in the United States. Many have served in the military, protecting the country against terrorists. Many have also been highly outspoken against terrorist organizations. Recently, over 70,000 Muslim clerics came together in India to publicly condemn and denounce ISIS, describing the group as a threat to humanity.

This Article (Fight Against ISIS: This Is How You May Ignorantly Be Promoting ISIS’s Agenda In The West) is free and open source. You have permission to republish this article under a Creative Commons license with attribution to the author and AnonHQ.com