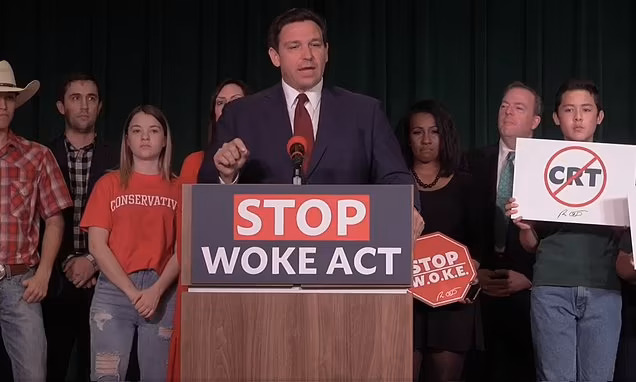 How on earth can math be woke? Apparently, liberals have found a way to use critical race theory in math textbooks to indoctrinate children, but Florida Governor Ron DeSantis is not having it.

The state of Florida has just thrown 52 math textbooks out of the curriculum–28 of them are being axed for references to Critical Race Theory which DeSantis recognizes as being a way to indoctrinate our children. Of the 132 math textbooks submitted, Florida’s Department of Education deemed a whopping 41% inappropriate either due to the math strategies being taught, or due to other content related to Critical Race Theory and Social Emotional Learning being mixed in. Both CRT and SEL are banned in Florida, along with common core math.

From The Daily Mail:

“The highest number of books rejected were for grade levels K-5, where an alarming 71 percent were not appropriately aligned with Florida standards or included prohibited topics and unsolicited strategies.”

Florida Gov. Ron DeSantis had banned CRT as a component in Florida schools, claiming it promotes hatred among students and makes individuals feel guilty for racism of the past.

“It seems that some publishers attempted to slap a coat of paint on an old house built on the foundation of Common Core, and indoctrinating concepts like race essentialism, especially, bizarrely, for elementary school students,” he said of the rejected books.

The remaining 24 books banned were eliminated due to inclusion of Social Emotional Learning or Common Core, rather than Critical Race Theory. However, that still leaves a disturbing 28 math textbooks which include Critical Race Theory references and elements–how do you even make math woke to begin with? Somehow, liberals will always find a way to make white kids hate themselves.

These bans are just the latest win in Florida’s war on wokeness, following up last month’s bill which passed through the legislature and which would outlaw private businesses and schools from making people feel “guilt” or “any form of psychological stress” on the basis of their sex, race, or origin.

Even prior to this was the brilliant and necessary Parental Rights in Education Bill, or “Don’t Say Gay” bill as Democrats who have never even read the bill call it. The Parental Rights in Education Bill outlaws the teaching of sex, gender, and sexual material to young children–which should have been a no brainer, unless you’re a groomer Democrat teacher.

Overall, Governor DeSantis and the great State of Florida continue to win crucial battles in protecting the innocence and future of our children.