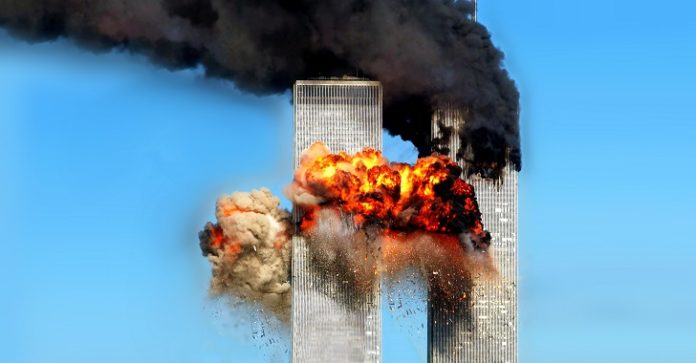 United States — On Tuesday, the New York Times revealed a document published by the National Archives that appears to offer a glimpse into potentially damning information contained in the so-called ‘missing’ 28 pages concerning the attacks on September 11, 2001.

Those 28 pages are “an entire section within the official report of the Joint Inquiry into Intelligence Community Activities Before and After the Terrorist Attacks … Conducted by the House and Senate intelligence committees, its 838-page report was published in December 2002.”

Over the past several weeks, discussion has reignited debate over the need to release the redacted section for several reasons — the most striking being a bill to allow the families of 9/11 victims sue Saudi Arabia over its potential involvement in the attacks. In what cannot be considered a coincidence, also on Tuesday, the Senatevoted to approve that exact legislation — called Justice Against Sponsors of Terrorism Act (JASTA) — in direct defiance of vows from Pres. Obama that he will summarily veto the bill should it land on his desk.

“I think we easily get the two-thirds override if the president should veto,” stated Sen. Charles Schumer on the bill’s passage.

Separate legislation, which coincides with JASTA — S.B. 1471, Transparency for the Families of 9/11 Victims and Survivors Act of 2015 — would require the president to declassify those currently-redacted pages. This would almost certainly be imperative for JASTA to have the teeth necessary for affected families to pursue justice.

Tuesday’s disclosure from the National Archives appears to show why those families might, indeed, have a justifiable reason to hold the Saudis at least partly responsible for damages — despite its contents only hinting at information potentially contained in the 28 pages.

Former member of the 9/11 Commission, John Lehman, came forward in the past week calling for a new and thorough investigation into Saudi involvement in the attacks. In measured and precise language, Lehman noted that “we have found no evidence that the Saudi government as an institution or senior Saudi officials individually funded the organization” — but also stressed “our report should never have been read as an exoneration of Saudi Arabia.”

Perhaps, as Lehman suggested, the institution of the Saudi government did not play a role; however, as found in the document in the Times, at least a partial connection already stands.

A shady cast of characters are briefly outlined in the document under the heading, “A Brief Overview of Possible Saudi Government Connections to the September 11th attacks” — and simply in context it appears a number of notable associations may have been made.

Omar Al-Bayoumi, a Saudi national, encouraged two of the hijackers to move to the San Diego area where he was located. As the document describes:

Osama Bassnan “received considerable funding from Prince Bandar and Princess Haifa, supposedly for his wife’s medical treatments. According to FBI documents, Bassnan is a former employee of the Saudi Government’s Educational Mission in Washington, D.C.”

Though some officials privy to the redacted section have claimed any connection to kingdom officials is tenuous, at best, one solid link already stands. Fahad al-Thumairy, a former diplomat at the Saudi consulate in Los Angeles, associated himself with al-Bayoumi in San Diego before the revocation of his visa and his subsequent return to Saudi Arabia in May 2003.

In fact, the document lists a pilot for the Saudi royal family who ferried Osama bin Laden back and forth between Afghanistan and Saudi Arabia during his “exile.” A number of others are listed with less than questionable ties to either the Saudi government, the royal family, or both.

But perhaps most telling are the questions the document appears to be proposing for the investigation — or, more specifically, what seems to be implied in those questions.

“1. How aggressively has the U.S. Government investigated possible ties between the Saudi Government and/or Royal Family and the September 11th attacks?

“2. To what extent have the U.S. Government’s efforts to investigate possible ties between the Saudi Government and/or Royal Family and the September 11th attacks been affected by political, economic, or other considerations?”

On their own, such questions seem basic, obvious, and even mundane as so essential to the investigation to be needless to state — but taken with the details of this outline and the context of what their answers may constitute in those redacted 28 pages, the repercussions become apparent. If, for instance, the U.S. decided not to thoroughly pursue avenues of investigation due to economic interests in Saudi affairs, that would show fealty to another country over the best interests of the victims of those attacks.

Perhaps that murky obstruction is best seen in the document’s discussion of an FBI informant located in San Diego. Buried among other questions, the document asks: “Why did the FBI, Department of Justice, and White House refuse to allow the Joint Inquiry to interview or depose the informant?”

With the firestorm swirling once again around the redacted 28 pages, this basic outline of a document offers a serious glimpse into what might prove to be a fundamental shift in the narrative of 9/11 the U.S. government has spoonfed for over a decade.

As U.S.-Saudi relations have recently deteriorated to an arguable new low, perhaps it remains just a matter of time before we all know the truth.

This article (We Found a Preview of the 28 Redacted Pages — and It’s a 9/11 Game-Changer) is free and open source. You have permission to republish this article under a Creative Commons license with attribution to Claire Bernish andtheAntiMedia.org. Anti-Media Radio airs weeknights at 11pm Eastern/8pm Pacific. If you spot a typo, email[email protected].