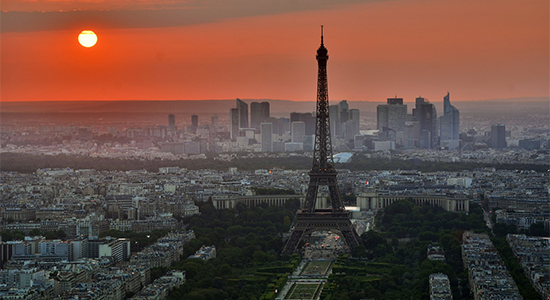 By Michael Lotfi at theantimedia.org

Immediately after the November terror attacks, the French government declared a state of emergency based on a rarely used 1955 law that allows the state to conduct warrant-less searches of private property, impose curfews, restrict public gatherings and movements of people, confiscate weapons at will and take over the press.

Legal activist Joel Domenjoud said he had been served with a restraining order describing him as a “principal leader of the ultra-left movement,” a title he disputes, only a couple hours after a judge refused to hear an appeal against the ban on the climate demo Domenjoud had petitioned for. A neighbor informed Domenjoud that a swam of police were lined up the stairs waiting for him to arrive home.

“I feel angry about it because I think they made a big mistake,” Domenjoud said. “They weren’t looking for people like us activists– or if they were, it shows that they can target people for no reason at all and our civil liberties are in danger.” Cazeneuve claimed the activists are suspected of planning violent protests at the talks which kicked off on Sunday — a day ahead of the opening ceremony — and is scheduled to run through December 11.

Meanwhile, Greenpeace France director Jean-François Julliard says the activists under house arrest had never committed violent acts, nor had they ever been charged with anything.

“We have the feeling that [the government] wants to stifle criticism from the militants, but they are going about it in the worst possible way, this is repression,” Julliard said on BFM television.

Several sources claim that officers have also raided three squats in Paris- and more across the country- seizing computers, documents and personal items.

Regardless of the threat of house arrest, some climate protesters still took to the streets.

According to the Interior Ministry, more than 300 people have been placed on house arrest since the declaration of a state of emergency just over two weeks ago.

This article (France Makes Major Shift Toward Fascism in Wake of Paris Terror Attacks) originally appeared on TruthInMedia.com and was used with permission. Anti-Media Radio airs weeknights at 11pm Eastern/8pm Pacific. If you spot a typo, email [email protected].