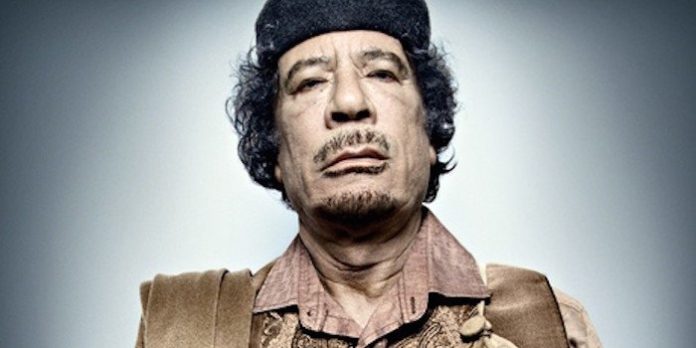 In 2011 Gaddafi, his son, and his cousin all warned the world about the troubles Europe would face in the coming years – but nobody would listen.

Gaddafi warned about the migrant crisis and about the trouble ISIS would pose to the West.

Below are a selection of quotes from Gaddafi and his family taken from various mainstream news sources:

“They [jihadis] want to control the Mediterranean and then they will attack Europe.”

“The Mediterranean will become a sea of chaos.”

“I am shocked at the attitude of my European friends. They have endangered and damaged a series of great security treaties in their own interest.”

“There are many terrorists among them (The refugees), between 10 and 50 in every thousand”.

“They are going all throughout Europe. Within one year, two years, you will have another September 11.”

“The West will now reap what they have sown, ‘unable to defend itself from thousands of unarmed people’ and will experience a resurgence of nationalist militancy.”

“Just give them a couple of months or max one year and you will find out the reality but please don’t deny that on the day Saif al Islam was taken prisoner he warned you of all that.”

“Libya may become the Somalia of North Africa, of the Mediterranean. You will see the pirates in Sicily, in Crete, in Lampedusa. You will see millions of illegal immigrants. The terror will be next door”

The west actively takes out secular leaders who are accepting of all religion, womens rights and freedom instead of taking out the real dictators who support terrorism in Saudi Arabia, Turkey and Qatar.

They are doing to exact same thing today in Syria.