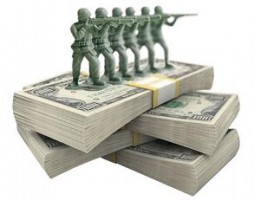 Now that the first leg of the primary season has been completed and the Iowa Caucuses are in the rear view mirror Presidential hopefuls are gearing up for New Hampshire.  The New Hampshire Primary, also known as “the first-in-the-nation primary”, will be held on Tuesday, February 9, 2016. This will be the first actual primary vote that takes place. One of the main differences between a caucus and a primary is that a caucus is organized by political parties, whereas a primary is usually organized by the state election committees as any other regular election would be. In this way unlike Iowa, New Hampshire is the first state where real votes are cast.

With this information established you can see why the vote in New Hampshire is extremely important to Presidential hopefuls. This is also why candidates are spending outlandish amounts of time and money advertising here. On WMUR, the dominant television station in Manchester, N.H., about 25% of all commercial time is being eaten up by presidential campaign ads. According to estimates from Kantar Media’s CMAG and Bloomberg News, about $100 million dollars has already been spent on broadcast and cable television ads courting voters for the Feb. 9 vote. According to the Wesleyan Media Group, over 80% of the Television and radio ads have been paid for by outside spending groups, mainly political Super PAC’s.

In the newest article published by The Intercept, author Lee Fang goes on to expose how “New Hampshire television news network owned by a former Republican candidate for Senate is working closely with conservative interest groups that are pressuring presidential candidates to take more aggressive positions on use of military force.” The article in part goes on to explain how NH1 News network, owned by Bill Binnie has worked closely with outside spending groups affiliated with the Republican party pushing a decidedly pro War agenda. The article even specifies how certain groups have been “formed on behalf of military contractors to hold events in early primary states with the explicit goal of pushing the candidates to support military engagement abroad.” 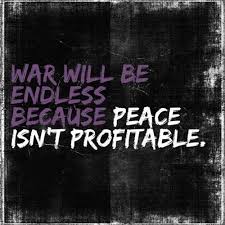 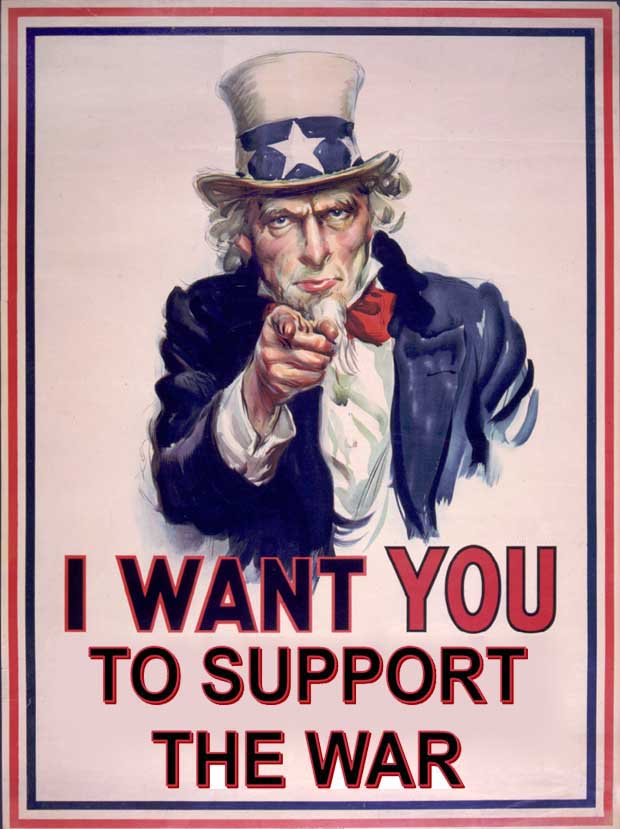 Here are some of the troubling examples of the War mongering, fear peddling and propaganda the citizens of New Hampshire have been subject to on a nightly basis.

From Senator Lindsey Graham. Sponsored by the Strength and Security Pac. Promises to put 10,000 troops on the ground in Syria in a new War campaign. Endorsed by John McCain who warns that “here in New Hampshire the War on terrorism at at our doorstep” despite the fact that the War in Syria is literally half a world away from New Hampshire.

From Jeb Bush. Sponsored by the Right To Rise Pac. Jeb Bush is on public record of saying he will engage in a new War with ISIS. Keep in mind the last 2 Republican Presidents, his brother and father, are responsible for starting the last 3 American Wars. Like father, like son, like brother, Jeb Bush is telling America his family will start a 4th War.

From Senator Ted Cruz. Recently Ted Cruz made headlines for headline speaking at the 2015 Freedom Conference, an event organized/created by a man who is openly quote as saying all homosexuals should be killed. Coincidentally enough with John McCain above, Ted Cruz made a speech in New Hampshire where he goes on to say “the objective is to make them dead” in regard to questions about enemies overseas. Despite the fact America spends more on defense then the next 8 countries combined, Cruz says we need to “rebuild our military” and start a new War.

From Donal Trump. Promises to ban Muslims from the United States, shut down the boarders and deport millions of people. As if this was not enough Trump has been quoted as saying he will “kill terrorists and their families” and would “bomb the $hit out of ISIS” never shying away from the fact he will also engage in a new War.

Stand Up Against The Evil Corporate Machine. Say No To War & Defend Humanity! America Is Better Than These Men

This article (Gearing Up For New Hampshire Primaries Corporate Interest Groups Push Heavy Pro-War Agenda) is free and open source. You have permission to republish this article using a creative commons license with attribution to the author and AnonHQ. Join the conversation at www.anonboards.com