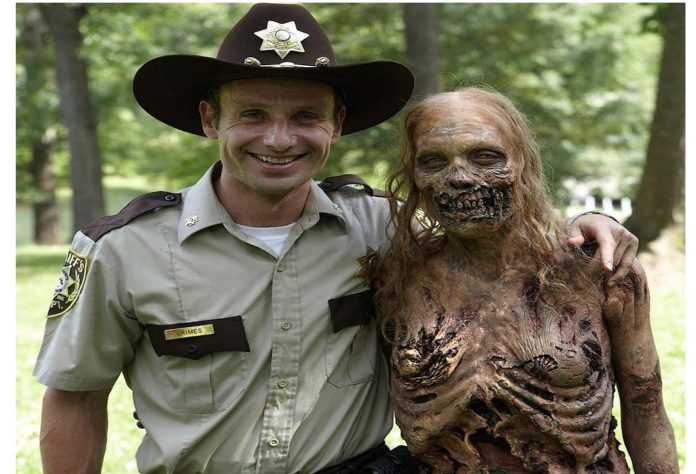 A few years ago, the Center for Disease Control launched a zombie preparedness initiative that drew significant attention. The Department of Defense followed suit and developed an entire training course intended for the Joint Operational Planning and Execution System (JOPES). The complete response plan, called CONPLAN888, was recently declassified, and it’s just as weird and creepy as you might imagine.

The Black Vault posted two documents retrieved from the NSA using the Freedom of Information Act. The purpose of the plan, according to the United States Strategic Command (USSTRATCOM), was to use a fictitious scenario to prepare for real-world emergencies. “[The training focused on how to] undertake military operations to preserve ‘non-zombie’ humans from the threats posed by a zombie horde. Because zombies pose a threat to all ‘non-zombie’ human life (hereafter referred to as ‘humans’), USSTRATCOM will be prepared to preserve the sanctity of human life and conduct operations in support of any human population-including traditional adversaries.”

The objective of the three-fold plan includes the neutralization of zombies through “denial, deception, disruption, degradation or destruction,” though with the exception of ‘destruction,’ it is unclear what is meant by these terms with regard to fighting zombies.

Reading at times like the treatment to a campy science fiction script, CONPLAN888 categorizes eight classes of zombies:

CONPLAN888 consists of multiple striking passages, given this is a government agency assessing a fictitious zombie uprising. More practical factors concern environmental issues such as groundwater contaminated with zombie pathogens.

Other, more ominous notes, include references to the government declaring martial law within the United States. There is also a reference to epidemiologic surveillance for the purposes of watching changes in disease vectors.

The government response to a zombie uprising unleashed by a nation-state, large corporation, or terrorist group includes the following additional measures: HAND SANITIZER, which, marketing materials say, kills 99% of germs (they note that hand sanitizer has never been tested on biohazard level 4 pathogens like ebola); and FIREPOWER TO THE HEAD (“the human brain will still be functioning in the zombie state, but it is universally agreed that the only part actually active will be the brain stem”).

The document’s assessment of zombies states that they are “undead and thus feel no pain or fear of death, (therefore) riot control counter-measures would be completely ineffective.”

CONPLAN888 references the books and articles The Zombie Survival Guide, World War Z; An Oral History of the Zombie War, and “Zombie Chickens Taking Over California,” among others.

This article (The Government Actually has a Zombie Apocalypse Plan — and It’s Just Been Declassified) is free and open source. You have permission to republish this article under a Creative Commons license with attribution to Jake Anderson and theAntiMedia.org. Anti-Media Radio airs weeknights at 11pm Eastern/8pm Pacific. If you spot a typo, email [email protected].