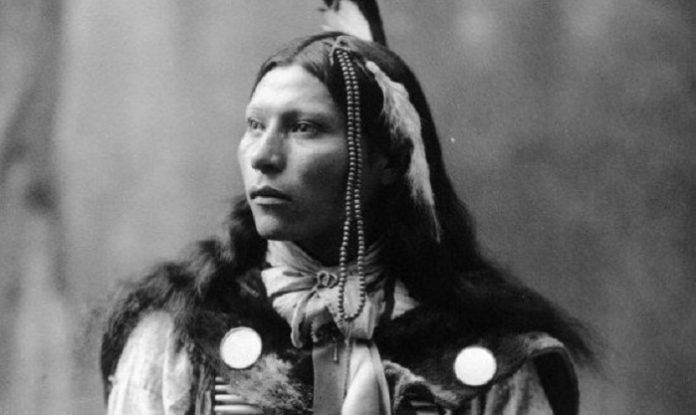 Different hairstyles come and go through the ages, but Native Americans keep their hair longer, and evidence has suggested there may be a supernatural reason behind this.

Files have been released documenting the story of Sally (who’s name has been changed to protect her identity). It the early nineties she was married to a licensed psychologist who worked at a VA Medical hospital, with combat veterans suffering from post traumatic stress disorder. Most of them had served in the Vietnam war.

I remember clearly an evening when my husband came back to our apartment on Doctor’s Circle carrying a thick official looking folder in his hands. Inside were hundreds of pages of certain studies commissioned by the government. He was in shock from the contents. What he read in those documents completely changed his life. From that moment on my conservative middle of the road husband grew his hair and beard and never cut them again. What is more, the VA Medical center let him do it, and other very conservative men in the staff followed his example. As I read the documents, I learned why.

During the Vietnam war,  special forces were sent out to scour the American Indian Reservations looking for talented young men that they could scout to be part of their army. They looked for tough men who knew the terrain well and could perform the kind of skills needed for the war with expertise as they were used to that kind of terrain and had stealth and hunting skills.

The forces successfully managed to recruit some of these men to fight, but amazing thing happened to them after they had been enlisted and were given their army regulation haircut. After being witnessed performing amazingly skillful tasks, they could not longer perform to anything like the same standard after they had had their hair cut off.

The recruits were questioned about the change in their behavior and they said they were no longer able to ‘sense’ the enemy, they could no longer access a ‘sixth sense’ , their ‘intuition’ no longer was reliable, they couldn’t ‘read’ subtle signs as well or access subtle extrasensory information.

In order to test this amazing theory that had been put forward by the American Indians, men were paired up and one given a haircut, while the other kept his hair long. In aptitude tests, the man with the longer hair consistently out performed his short haired partner, and skills it seemed were stripped of those who were previously able to perform to a high standard.

Because of these findings, the report suggested that Indian trackers be exempt from military haircuts. In fact, it required that trackers keep their hair long.

While science is constantly discovering why humans act and perform in the way that we do, the survival of our species over the thousands of years seems almost supernatural in it’s desire to stay alive in often the most unlikely of situations. Hunting animals that could easily kill us in one swipe of a paw has resulted in us being here today, and there must be a reason for it. The human body has a reason for every part of itself.

Hair can be seen as an extension of our nervous system, after all it is made up of the same cells as the rest of out body, the same cells that can detect a feather, or a splinter any where else on the body, and there is no reason why hair should be any different.

If you enjoyed this article or learned something new, please don’t forget to share it with others so they have a chance to enjoy this free information. This article is open source and free to reblog or use if you give a direct link back to the original article URL.