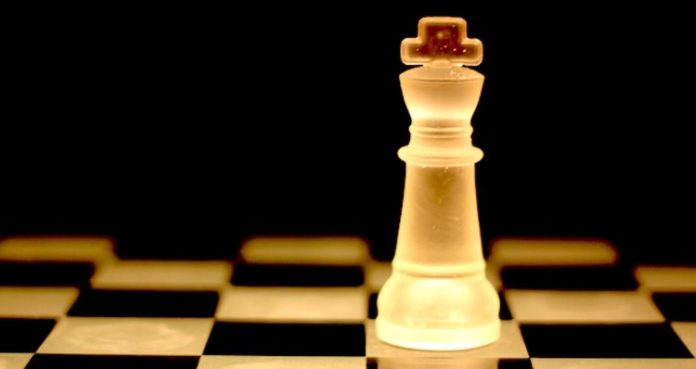 The true cause of humanity’s greatest problems, the main source of man’s inhumanity to man, and the exact reason why a few have power over the many, is a mere superstition — an unquestioned belief in authority.

Authority is the right to make decisions, give orders, and enforce obedience. Belief implies non-questioning. When you consent to authority, you directly contribute to violence and oppression, suffering and injustice, pain and hatred — without even realizing it.

Larken Rose, a self-described anarchist and author of The Most Dangerous Superstition, writes:

The belief in “authority” dramatically impacts both the perceptions and the actions of various categories of people, leading literally billions of otherwise good, peaceful people to condone or commit acts of violent, immoral aggression. In fact, everyone who believes in  “government”  does  this,  though  the  vast  majority  does  not  realize  it,  and  would vehemently deny it.

Belief in authority is dangerous; and it’s doubly dangerous when the majority of people are under its spell — here’s why:

It’s easier to fool people than to convince them that they have been fooled. — Mark Twain

In 1963, a series of social psychology experiments on obedience to authority figures, conducted by Yale University psychologist Stanley Milgram, revealed that people are seduced into evil by dehumanizing and labeling others, and that people are prepared to obey, even if apparently causing serious injury and distress to others.

Belief in authority makes people fight, murder, and commit both genocide and ecocide. “They semantically change their perception of victims, of the evil act, and change the relationship of the aggressor to their aggression — so ‘killing’ or ‘hurting’ becomes the same as ‘helping’,” former American Psychological Association president Philip G. Zimbardo, an emeritus psychology professor at Stanford University, argues.

Belief in Authority Creates an Illusion of Free Will

Blind belief in authority is the greatest enemy of truth. — Albert Einstein

There’s no such thing as free will. Even those who are made to think they are in control of their own actions — and so who never question the authority, the almighty power of the state, or their own belief-system — unknowingly give a small group of people permission to control their will. Rose explains:

“Whether implied or stated, society is saturated with the message that obedience is a virtue, and that the good people are the ones who do what “authority” tells them to do. As a result of that message, the concepts of morality and obedience have become so muddled in most people’s minds that any attack on the notion of “authority” will, to most people, feel like an attack on morality itself. Any suggestion that “government” is inherently illegitimate will sound like suggesting that everyone should behave as uncaring, vicious animals, living life by the code of survival of the fittest.”

Belief in Authority Corrupts the Authority

While power brings out the best in some people, it brings out the worst in people with authority. Your unquestioning belief in authority authorizes the minority to unilaterally, unreflectively and arbitrarily impose its will on the majority. The authority certain people get, when you submit to the will of authority, propels them to think that they possess special rights that others do not possess, and hence they can justify giving orders or using force. Dr. Robert Aziz, psychoanalytical therapist, writes:

“Power licenses individuals to impose their will without having properly engaged and processed through the reality at hand. Power inflates the ego and through it the ego is erroneously led to believe it has the power to make people, ideas and even reality itself disappear without due process.”

Belief in Authority Leads to an Ignorant and Apathetic Citizenry

The totally convinced and the totally stupid have too much in common for the resemblance to be accidental. — Robert Anton Wilson

Gary ‘Z’ McGee, former Naval Intelligence Specialist and the author of Birthday Suit of God and The Looking Glass Man, says obedience to authority is a disease of laziness and indifference that hinders the progressive evolution of human species by undermining anything that might challenge the current system for the better. The Fuck-It Point, a documentary about why we should bring civilization down and why most civilized people don’t, observes:

“Obedience to authority is not a valid excuse; not when doing what we’re “supposed to do” means letting this civilization-machine continue to kill life on earth just to make commodities out of living beings and life easy only for some.”

This article (Here’s Why Belief in Authority is the Most Dangerous Superstition in the World) is a free and open source. You have permission to republish this article under a Creative Commons license with attribution to the author and AnonHQ.com.