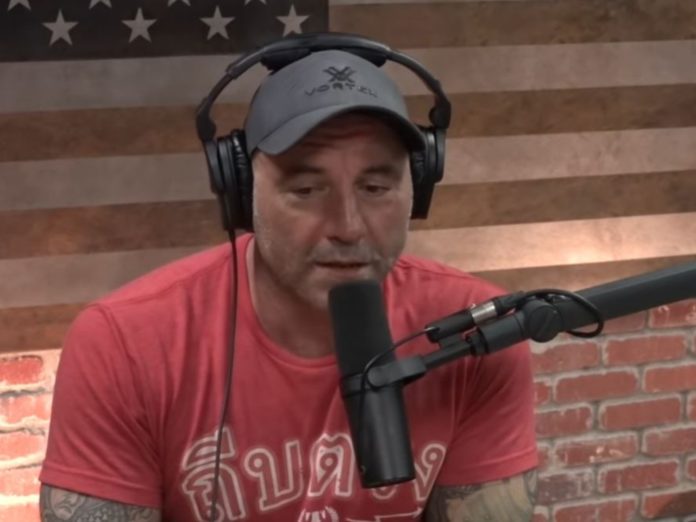 Comedian and host of one of the world’s most popular podcasts, Joe Rogan, has said he would rather vote for Donald Trump than Joe Biden in the 2020 presidential election, should the former vice-president become the Democratic nominee.

Speaking on April 3 with guest Eric Weinstein, a mathematician, economist, and managing director of Thiel Capital, Rogan said he “could not” vote for Biden, adding that the Democratic Party has “essentially made us all morons.”

Breitbart’s Josh Caplan was the first to transcribe the conversation:

ERIC WEINSTEIN: I think that in general people, when they are given no choice at all, express themselves moronically.

JOE ROGAN: When they are given no choice at all — How so?

WEINSTEIN: I want a choice of an actual president that’s viable. I don’t have one. Now you’re going to ask me which of the none-viable people do you like best?

ROGAN: This is the real issue with the Democratic Party. They’ve essentially made us all morons with this Joe Biden thing.

WEINSTEIN: Can you imagine?

ROGAN: I can’t vote for that guy.

ROGAN: I’d rather vote for Trump than [Biden]. I don’t think he can handle anything. You’re relying entirely on his cabinet. If you want to talk about an individual leader who can communicate, he can’t do that. And we don’t know what the fuck he’ll be like after a year in office.

The Democratic Party “has made us all morons with this Joe Biden thing… I would rather vote for Trump than him. I don’t think he can handle anything.”
pic.twitter.com/IDYJCwRX2F

As The Epoch Times’ Katabella Roberts reports, Rogan, who previously endorsed Biden’s primary rival, Sen. Bernie Sanders (I-Vt.), went on to speak about Trump’s ability to handle the pressure that comes with being president of the United States, noting that the role appeared to take a visible toll on previous Presidents George W. Bush and Barack Obama.

“The pressure of being the president of the United States is something that no one has ever prepared for. The only one who seems to be fine with it is Trump, oddly enough. He doesn’t seem to be aging at all, or in any sort of decline. Obama, almost immediately, started looking older. George W, almost immediately, started looking older,” Rogan added.

Speaking of Biden, Rogan also noted that the former vice president can “barely talk,” and “forgets what he is saying halfway in the conversation.”

Describing the former vice president’s speech as “not a normal way to communicate unless he’s high as f**k,” Rogan alos pointed out that Biden is “showing actual real deterioration, he is not bouncing back.”

Rogan had previously said that he would “probably vote” for Sanders back in January, noting that the Vermont Senator has been “insanely consistent his entire life.”

“I think I’ll probably vote for Bernie. Him, as a human being, when I was hanging out with him, I believe in him, I like him, I like him a lot,” he told New York Times columnist Bari Weiss in a podcast, which was later retweeted by Sanders.

“He’s basically been saying the same thing, been for the same thing his whole life. And that in and of itself is a very powerful structure to operate from,” Rogan added.

“I think I'll probably vote for Bernie… He’s been insanely consistent his entire life. He’s basically been saying the same thing, been for the same thing his whole life. And that in and of itself is a very powerful structure to operate from.” -Joe Rogan pic.twitter.com/fuQP0KwGGI

As of April 5, Biden is on track to win the nomination, securing 1,217 of the 1,991 delegates needed in the primaries held up to this point. His socialist rival, Sanders, has 914 delegates. According to the Washington Post, aides and allies of Sanders have advised him to step down from the presidential race after losing hope in his campaign.

The next primary is Wisconsin on Tuesday, which polls predict Biden will win.