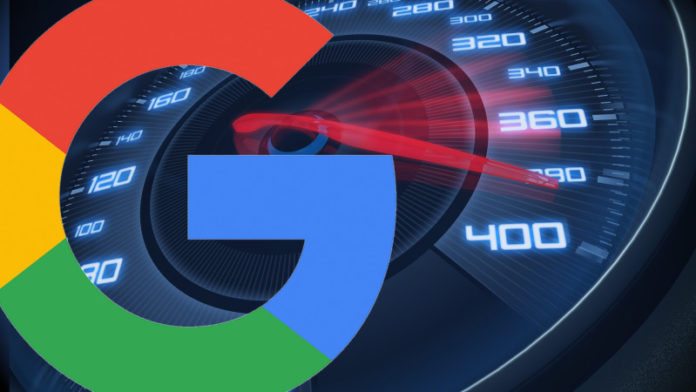 At 3.5 Mbps, India — home to world’s top IT companies, tech entrepreneurs and digital startups  — has the lowest average Internet speed in the Asia Pacific region, and BRICS. The global average stands at 6.4 Mbps. That’s one fact.

The other fact is Internet connections are patchy in India: 3G normally works at the speed of 2G. Plus, Internet speed available to mobile users in India is far below what Internet service providers promise: a data pack that promises 8 Mbps typically maxes out at 2 Mbps. The end result: high-paying data consumers suffer.

So basically, if you have an Android Smartphone on a slow connection, you should start to see web pages loading a whole lot faster while using far less data via your Chrome or Android browser from Google’s search results. These faster and optimized web pages helps improve the mobile ecosystem for users, content providers, creators, advertisers and publishers as traffic increase and lesser data consumption ensures everyone reaps the benefits, writes FossBytes. “Access to information is at the heart of Google’s mission. Unfortunately, today, the mobile web isn’t living up to the expectations people have for getting the information they need, particularly when it comes to speed. Starting today, Google will make it easy to find AMP web pages in relevant mobile search results, giving users a lightning-fast reading experience for top stories,” David Besbris, Google Vice President (Engineering) Search, said in a statement.

Citing research data, Google said users abandon websites after just three seconds if the content doesn’t load quickly. If each of the Indian Smartphone users spends just 1 extra second a day waiting for a page to load, that adds up to more than two and a half years of people waiting, every day. The new feature, says Google, does away with such problems since AMP enabled web pages are easy to scroll through and do not take much time to load.

According to The Economic Times, AMP allows publishers to deliver faster and consistent content to mobile users. Since AMP works uniformly across devices, platforms and browsers, publishers can publish instantaneously and monetize everywhere.

What does the new open source initiative mean for the user? NDTV explains:

Users will see accelerated mobile pages in a special carousel that appears on Google search results page. This carousel will appear right at the top of the search results… Google says the order of the pages inside the AMP carousel is decided using the same combination of factors that determine order of traditional search results. Once users tap on an AMP inside the carousel, the page should load faster than they are used to, and it should look just like the ‘regular’ mobile page of that publisher. Interestingly, swiping left or right once the AMP has finished loading lets you quickly switch to a page of another publisher, in the same order that the pages appeared inside the carousel.

How the Indian service providers are fleecing the unsuspecting Internet users?

By selling bandwidth way beyond the optimum capacity of their networks, it is alleged that Indian telecom companies are simply maximizing data connection sales without offering good speed and network quality. There is a reason why data download speeds fall below contracted levels: improper network planning and bandwidth distribution. A senior executive of a leading wired broadband service explains:

“Say, 10 customers are sold 2 Mbps connections, which means 20 Mbps should be available. But the company may provide only 5 Mbps for these 10 customers, assuming not all customers will be using their Internet connections heavily at the same time. Therefore, the guaranteed Internet speed is not 2 Mbps, but just 500 kbps.” The Telecom Regulatory Authority of India recently launched a new Smartphone app called ‘MySpeed TRAI’ that allows Internet users to measure real-time speed of their mobile or Wi-Fi Internet. The free app, currently available for Android, captures and sends signals, data speed, and other network information along with device and location of the tests to TRAI.

The idea behind the app, it is reported, is to help users track their mobile Internet speed and quality, but how this new initiative will help users is still not clear since TRAI maintains that even though the MySpeed app sends details of a user’s data experience to TRAI, the anonymous report does not constitute a complaint. If there is a poor experience, users are asked to register a complaint with their respective network service providers.

This article (India: Google Makes Internet Four Times Faster Using 10 Times Less Mobile Data) is free and open source. You have permission to republish this article under a Creative Commons license with attribution to the author and AnonHQ.com.