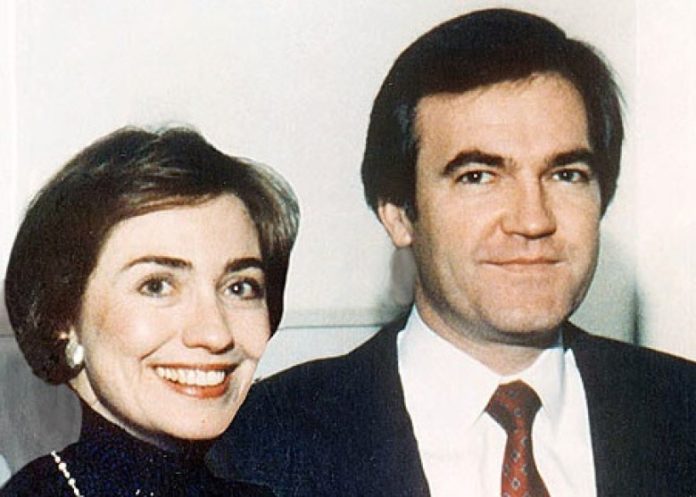 At the end of August, the Daily Mail published an article indicating files that linked Hillary Clinton to the suicide of White House counsel, Vince Foster, went missing from the National Archives. We’ve taken a further look into this claim, as well as Clinton’s reported involvement in Foster’s death, with a particular focus on the Daily Mail’s sources.

A clarification should be immediately made: Trump has made the accusation that Vince Foster’s death wasn’t a suicide, but a murder. In a statement to The Washington Post, he said that Foster “had intimate knowledge of what was going on. He knew everything that was going on, and then all of a sudden he committed suicide.”

As The Washington Post put it, and to paraphrase their article, we are by all means not here to help Trump dredge up controversies. The focus of the topic is not whether Foster’s death was a suicide or murder (all indications are that it was a suicide), but if Hillary Clinton’s actions led to that suicide, and the question would be purely circumstantial were it not for its original source.

The Daily Mail is a British, middle-market newspaper that, despite being known as conservative, has won “Newspaper of the Year” in the annual British Press Awards, numerous times. The article was written for them by Ronald Kessler, “a former Washington Post and Wall Street Journal investigative reporter, [he is] the New York Times bestselling author of The First Family Detail: Secret Service Agents Reveal the Hidden Lives of the Presidents and The Secrets of the FBI.”

From 1985 to the present, Ronald Kessler has written numerous books, not only about the Secret Service, but the FBI and CIA. This has inevitably led to some criticism, much of which has been successfully disputed, such as Marc Ambinder of The Week’s claim that Kessler does not fact-check his sources, with a particular emphasis on Kessler’s claim that Joe Biden used taxpayer funds to use Air Force Two for personal trips. After Kessler disputed Ambinder’s report and provided documentation to The Week, of his claims, the news publication updated their article to reflect their mistake.

According to Kessler, FBI agents involved in the investigation into Vince Foster’s death, reported interviews documenting Hillary Clinton’s humiliation of Foster in front of his peers, shortly before his suicide. The humiliation was apparently severe enough that the agents attributed it to triggering Foster’s suicide. Foster was already being treated for depression.

In fact, The Washington Post’s report states that the 1997 Ken Starr investigation into Foster’s suicide revealed Foster wrote a note stating he “was not meant for the job or the spotlight of public life in Washington. Here, ruining people is considered sport.”

The FBI agents in question – and named in the Daily Mail’s report – is now former FBI agent, Coy Copeland, and former FBI Supervisory agent, Jim Clemente. The incident in question—in which Hillary Clinton berated Foster in front of his peers—took place at a meeting held in the White House that was attended by “top aides to discuss her proposed health care legislation.” Kessler continues in his report:

“Hillary angrily disagreed with a legal objection Foster raised at the meeting and ridiculed him in front of his peers, former FBI agent Coy Copeland and former FBI supervisory agent Jim Clemente told me. Copeland was Starr’s senior investigator and read the reports of other agents working for Starr.”

Clinton’s abuse of Foster was merciless, according to both former FBI agents. Kessler adds their statements:

“Hillary put him down really, really bad in a pretty good-size meeting,” Copeland said. “She told him he didn’t get the picture, and he would always be a little hick town lawyer who was obviously not ready for the big time.”

Hillary apparently went on to blame Foster for much of the problems the Clintons were facing at that time, even accusing him of “failing” them. Clemente states:

“Foster was profoundly depressed, but Hillary lambasting him was the final straw because she publicly embarrassed him in front of others. Hillary blamed him for failed nominations, claimed he had not vetted them properly, and said in front of his White House colleagues, ‘You’re not protecting us,’ and ‘You have failed us.’ That was the final blow.”

According to the agents, friends and family members of Foster said his behavior changed after the White House meeting. His voice became strained, he was withdrawn and preoccupied, and he lost his sense of humor. He would often tear up, and he expressed feeling “trapped.” On the afternoon of July 20, 1993, at an unconfirmed time, Vincent Foster shot himself with a .38 caliber revolver at Fort Marcy Park, along the Potomac River in McLean, Virginia.

Ken Starr issued a 38000-word report on the investigation’s findings, however, the White House meeting that affected Foster so severely was never mentioned within, and when asked by Kessler why it was excluded, Starr would not respond. A Hillary Clinton spokesman had no response either. Copeland theorizes:

“Starr was a very honorable-type guy, and if it did not pertain to our authorized investigation, he did not want to pursue it, and I think he felt that Hillary’s personality and her dealings with subordinates in the White House were immaterial to our investigation.”

“Starr didn’t want to offend the conscience of the public by going after the first lady. He said the first lady is an institution. He acted most of the time as a judge instead of as an investigating prosecutor, and then he hired attorneys who went to the other extreme.”

“Hillary’s denunciation of Foster in front of White House aides is consistent with her treatment of the Secret Service agents who protect her. As detailed in The First Family Detail, the presidential candidate is so nasty and abusive to her own Secret Service agents that being assigned to her detail is considered a form of punishment.”

On two separate occasions, Kessler claimed to have visited the National Archives and Records Service to view the documents submitted by Copeland and Clemente. On the first visit, a box of records with the FBI’s reports and interviews conducted by the agents was provided, however on the second visit, the box containing FBI files were void of all reports that mentioned Hillary Clinton’s role in Foster’s death.

This apparently isn’t the first time files regarding the Clintons have gone missing—the inspector general’s office is now conducting a criminal investigation to locate a missing external hard drive from the Bill Clinton administration that contains confidential documents. A reward of up to $50,000 is being offered for information leading to its location.

It is unfortunate so many conspiracy theories revolved around Vincent Foster’s death and the Clintons; now any mention of those two names together are met with immediate scorn and doubt. Did the Clintons have Vincent Foster killed? It is highly unlikely.

Is Hillary a bitch who drives people to kill themselves, and those who are sworn to protect her, regret their jobs? Reliable sources indicate, ‘yes.’

This article (A Further Look into Claims Hillary Clinton Drove Vince Foster to Suicide) is a free and open source. You have permission to republish this article under a Creative Commons license with attribution to the author and AnonHQ.com.