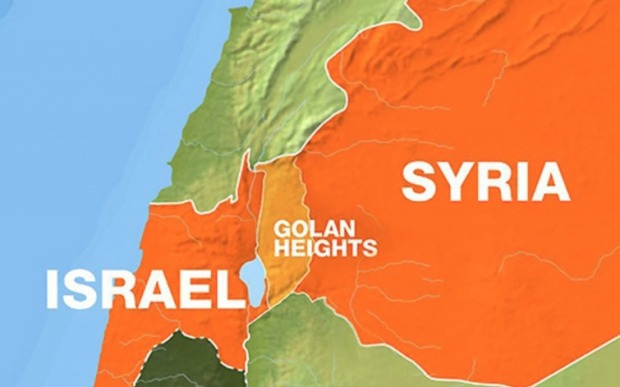 Back in early 2013 it was reported that Israel granted a license to a Dick Cheney, Murdoch, and Rothschild-linked energy corporation known as Genie Energy Corp to drill for oil in the disputed Golan Heights. Reports have resurfaced this month that the corporation has confirmed a major discovery of oil and natural gas in that area from the drill operation, and many are questioning both Israel, and Genie Energy Corp’s intentions.

In a 2013 statement from Israeli political analyst, Yaron Ezrahi:

“This action is mostly political—it’s an attempt to deepen Israeli commitment to the occupied Golan Heights. The timing is directly related to the fact that the Syrian government is dealing with violence and chaos and is not free to deal with this problem.”

Israel seized the Golan Heights during the Six-Day War in 1967, and later extended Israeli law and administration to the territory in 1981, though that move was considered “null and void” by the United Nations. Syria has since demanded its return.

The Obama administration commented back in 2013 that they “intend to discuss this issue with the Israeli Government,” but considering Genie Energy Corp obviously continued with the plan to drill, we can only assume that discussion didn’t accomplish much. In a statement from Charles Ebinger, an energy and Middle East expert at the Brookings Institute:

“I wouldn’t be surprised if this is part of Netanyahu’s plan to put additional pressure on the U.S., as he’s done with President Obama in the past. He keeps changing the facts on the ground through expansion of settlements and now this on the Golan.” He adds, “He keeps taking these actions, whether with the Palestinians or the Syrians. It makes it more and more difficult for the Arabs to come to the table. It’s definitely contrary to international law and goes against any number of U.N. Security Council resolutions.”

While Ebinger believed it was a direct jab at the U.S., former top Middle East analyst for the CIA, Paul Pillar, believed the move wasn’t necessarily intended as a jab, but demonstrates that Netanyahu isn’t afraid to do just that:

“The Israelis may be anticipating a replacement of the (President Bashar Al) Assad regime by new Syrian rulers who would push harder for return of the Golan Heights. The idea from Israel’s perspective would be to try to strengthen its claim to the territory by creating still more facts not only on the ground but underground.”

In other news: Why Aren’t ISIS and Al-Qaeda Attacking Israel?

Israel has increasingly isolated itself from its neighbors for its settlement activity, constantly claiming and taking land as its own. And of course, the U.S. continues to coddle them as a 1993 foreign policy doctrine from Washington has linked U.S. national security interests in oil and gas to Israel’s security. The doctrine reads:

The United States is committed to the security of Israel and to maintaining the qualitative edge that is critical to Israel’s security.

On to the recent reports:

On October 9th it was reported that Genie Energy had successfully confirmed the presence of oil and natural gas in the Golan Heights. Although the energy corporation “lacks evidence to determine if the reserves in the Golan Heights can be technically or economically produced,” Genie Chairman and Chief Executive Officer, Howard Jones, states:

“We remain optimistic given the results to date. We are now working diligently to determine the production costs and total quantity of the resource.”

In other news: Syria’s Going to Get Even Worse If the US and Other Powers Don’t Start Negotiating

Time will tell how this situation plays out, however it’s safe to assume the U.S. government will most likely, once again, avert its gaze as Israel, backed by U.S. corporations, continues to lay claim to whatever territory it chooses.

This Article (Israel Manipulating Claim to Golan Heights with U.S. Corporate Backing) is a free and open source. You have permission to republish this article under a Creative Commons license with attribution to the author and AnonHQ.com.