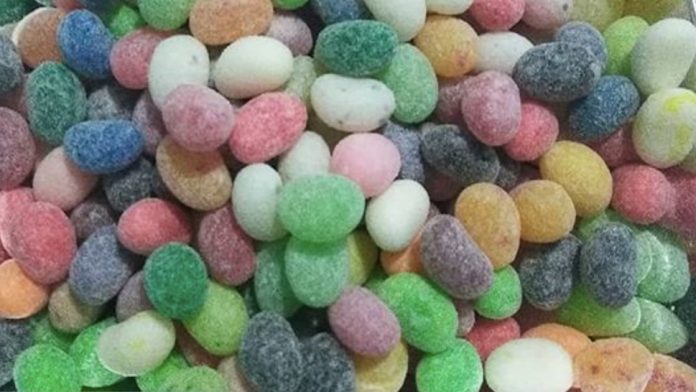 (CE) Jelly Belly took the world by storm in 1976 with its lineup of colorful jelly beans, which used natural ingredients to offer intense, gourmet-quality flavors such as strawberry daiquiri, coffee, French vanilla, pink lemonade, and even buttered popcorn.

And now, Jelly Belly creator David Klein is hoping to replicate his 45 years of success in the confectionery market with a new lineup of cannabis-infused jelly beans that include the marijuana extract cannabidiol oil–or CBD oil.

The 38 flavors Klein has already created–which include toasted marshmallow, piña colada, strawberry cheesecake, cinnamon, mango, and spicy licorice–are in a whole new ballpark when compared to the greasy and often chalky-tasting gelatin-based medicated sweets sold over the years at dispensaries, largely due to the Jelly Belly’s decades of work in the candy business.

Speaking to Cannabis Aficionado, the Los Angeles-based candy inventor explained that the idea of infusing his tiny jelly beans with the medicinal properties of cannabis is simply an idea whose time has come–and his gourmet candies are the perfect medium for CBD doses. 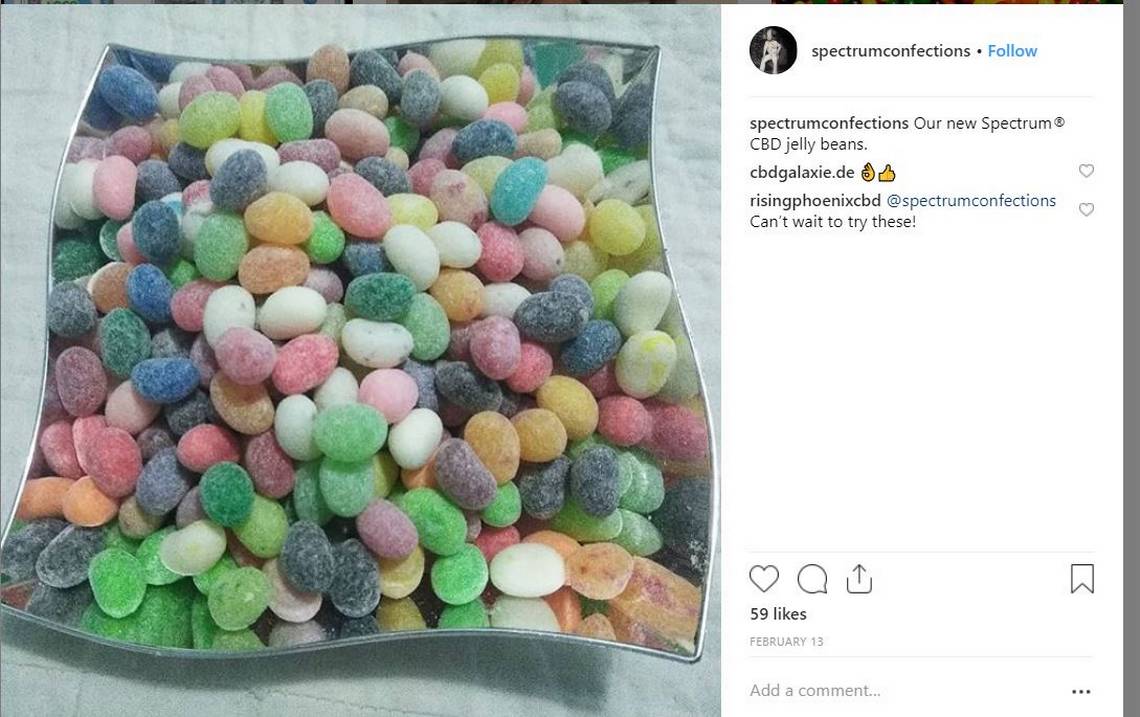 “The jelly bean is perfect for the proper dosage [of CBD]… we are putting 10 ml in each [bean]. If people want a small dose, they eat one. If they want 20 ml, they can eat two… They can decide what their proper dosage is.”

It should come as no surprise that his company, Spectrum Confections, has already sold out the first batch of CBD-infused jelly beans. A quick glance at the company’s online storefront shows that all of their products have completely sold out.

But the company plans on offering a wide range of flavors and varieties for all types of consumers, including sugar-free jelly beans and sweet and sour varieties. Their patent-pending recipe even includes fruit juice.

Sounding like a real-life Willy Wonka, Klein noted that “our mango tastes more like mango than mango does.”

For the time being, however, the candies will only focus on containing CBD–jelly beans containing tetrahydrocannabinol (or THC), the main psychoactive ingredient in cannabis, are not yet in the works.

CBD oil is a non-psychoactive phytocannabinoid found in cannabis plants. CBD has been shown to aid users in treating a range of problems including but not limited to anxiety, arthritis, chronic pain, depression, and other medical or health disorders, and has been used with increasingly frequency to relieve the pain associated with cancer and cancer treatment, as well as in the direct treatment of cancer itself.

And while Klein is circumspect about making any claims as to the medicinal or health qualities of his CBD jelly beans, he is sure his latest candies are ones “that will help the world.”

Klein explained that as a longtime veteran of the confectionary industry, he is amazed at how he is now making a cannabis-infused version of the very same candy that the 40th president of the United States, and “war on drugs” initiator, Ronald Reagan famously fell in love with.

But for the candy creator, this is simply a belated sign of the passing of the prohibition era.

“About two years from now, everybody is going to laugh at how long it took to get there.”