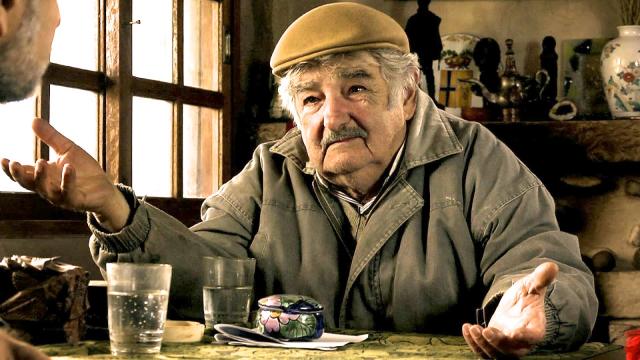 He puts other world leaders to shame…

Since the Syrian conflict began in 2011, over 2 million Syrians have been displaced from their homes and forced to migrate to other areas.  Most refugees fled to Turkey, Jordan, and Lebanon. Others flocked to cities in Germany and Hungary, hoping to find a safe haven and a new lease on life.

In response to the Syrian crisis, an outpouring of aid has been offered by many nations. Germany, for example, offered so much aid to migrating Syrians, the police became “overwhelmed” and asked them to kindly desist. And when Iceland’s government capped its Syrian refugee number at 50, over 10,000 Icelanders opened up their homes to help those in crisis.

Now, the world’s “poorest ex-president” – though the richest in spirit and humility – has opened up his home in Uruguay to one hundred children orphaned by the Syrian civil war. *Note: Jose Mujica is now Uruguay’s ex-president, as his term ended in March 2015. He was, however, already involved in offering assistance to Syrian refugees last year (October 2014), and continues to play a major role in softening the crisis.

As Yahoo News reports, the doors to his summer retreat, “a mansion and riverfront estate surrounded by rolling pastures,” has flung its doors open to little ones in aid. The estate will no doubt be a welcome sanctuary for any of the hundreds of thousands of refugees displaced by Syria’s political turmoil.

The children could arrive at Jose Mujica’s summer mansion as early as September, relocating from refugee camps in the Middle East. Each child will travel with at least one guardian, as the UN High Commission for Refugees (UNHCR) does not relocate orphans without a family member.

The exact number of children expected at Mujica’s summer residence is still being worked out, particularly since the Uruguayan government will be responsible for all of the expenses.

José “Pepe” Mujica is somewhat of a celebrity to those efforting towards peace.  He is well-known as the VW Beetle driving, sandal-wearing, farm-living “poorest president in the world,” as he donated 90% of his monthly salary to charity.  While serving his country he lived and still lives in a one-bedroom home – even though a recent report indicates his assets to be well into the six-figure range.

At present, both Germany and Brazil have granted immigration visas to Syrian refugees, 10,000 from the former and 2,000 from the latter. Surely more nations will follow suit in the future, as these people have no home to return to.

The United States Pales In Comparison

As World Mic reports, out of the estimated 2.3 million Syrian refugees displaced, the United States has only admitted 31 into the country – and that was in 2013. Perhaps even worse, although 135,000 Syrians had applied for asylum by January 2015, most applications were rejected because of strict immigration laws instituted to prevent terrorists from entering the country.

The Obama administration did announce in February 2014 it would ease up some of the immigration restrictions, and will exempt Syrian refugees “on a case-by-case basis to the ‘material support’ bar in U.S. immigration law,” reported Reuters.

Either way, there are millions of opinions on the issue and no one easy solution. At least President Mujica is exampling to the world the type of leaders we – individually and collective – can attract and vote into office.

This article (Uruguay’s Humble President Offers To House 100 Syrian Refugee Children) is free and open source. You have permission to republish this article under a Creative Commons license with attribution to the author and TrueActivist.com