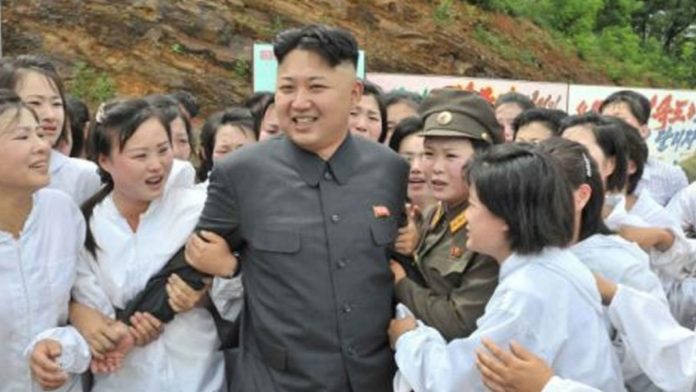 Reportedly, North Korea, the most isolated country in the world, is in shambles thanks to the economic sanctions imposed on it by various countries and international bodies after its first nuclear test in 2006.

Despite the crippling sanctions, Kim Jong-un, the North Korean dictator, is known for his extravagant lifestyle. Moreover, the country still has the capacity to pursue it nuclear weapons program. Recently, North Korea successfully tested its sixth nuclear bomb that could be loaded on to an Intercontinental Ballistic Missile (ICBM) capable of reaching the mainland U.S.

How does Kim Jong-un afford a nuclear program and a lavish lifestyle while North Korea starves?

According to The Daily Mail, Kim Jong-un supposedly does this by hacking banks, selling endangered species, Viagra and crystal meth as well as through a number of other illicit methods.

Proceeds from these illegal activities bring Kim Jong-un up to a billion dollars a year. Majority of the money is channeled into the country’s nuclear program while the remaining is spent on expensive wine, food, clothes and other expenses by the elites. But as the elites enjoy, majority of the population lives below the poverty line. North Korea is among the 34 nations in the world who rely on UN food aid to feed its population.

Hundreds of millions of dollars are reportedly dragged into Pyongyang by selling weapons and counterfeit banknotes. Republican Representative Doug Lamborn, a member of the House Armed Services Committee, told CNN:

“North Korea has blatantly violated international law with their nuclear testing, illicit sales, and the ramping up of their nuclear program.”

According to The Express, the illicit money-making scheme is run by a covert department called the Central Committee Bureau 39 of the Korean Workers’ Party, code named Room 39.

Apart from funding the nuclear program, the illicit money made by Room 39 is also spent lavishly among the elites of the country. For example, official statistics reveal Kim Jong-un spent about £139,000 on vodka in 2016.

He also spent about £2.7 million on racy underwear for his band of groupies who are plucked as virgins, as young as 13, to entertain him and his cronies. They are plucked from classrooms and subjected to medical tests to check they are virgins before being forced into a life of sexual servitude.

Defectors have spoken about attending drunken sex parties where women would have their pubic hair shaved as a forfeit if they lost games.

In 2016, Kim blew up to £33 million on vain statues of himself, his father Kim Jong-il, and grandfather Kim Il-sung. Earlier, he had imported items worth £6 million from German firms, including wines, beers and Champagnes.