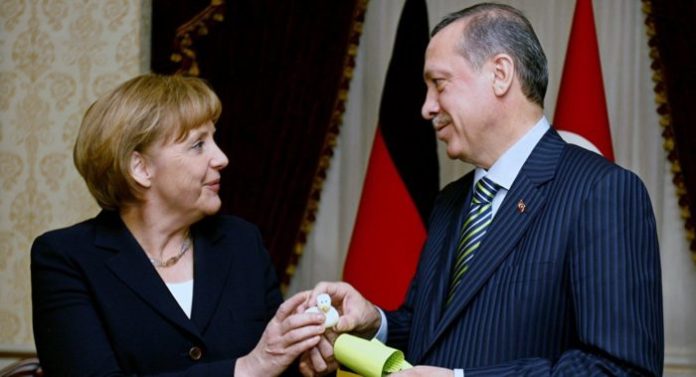 Federal elections will be held in Germany on Sept. 24, 2017, to elect members of parliament. The elections are crucial for Chancellor Angela Merkel and her Christian Democratic Union. Many current European leaders believe populism, separatism and protectionism are on the rise in the West. In 2016, Britain voted to leave the European Union. Donald Trump added another blow by winning the presidency of the United States. These two events indeed show that politics in the West is changing. People are increasingly becoming anti-establishment; opting for leaders who they believe can protect their interests. Particularly on the victory of Trump, it came with controversy. United States intelligence agencies alleged the Russian Federation meddled in the presidential election through cyber attacks to help Mr Trump. Although the intelligence agencies have failed woefully to provide any concrete evidence of the frivolous claim, many European leaders believe it.

Despite the consistent denial by Russia that it had nothing to do with what happened in the United States, many European leaders now see Russia as a threat to the elections in their countries. The fear runs so deep, that at the sidelines of last month’s Munich Security Conference in Germany, Chancellor Merkel talked about a possible Russian hacking of her country’s impending elections. Without providing any proof, Merkel complained that Russia is planning to influence the elections in Germany through cyber attacks. Although the security conference is largely attended by senior politicians, diplomats, military and security experts from member states of the Western military alliance NATO, other countries such as Russia, the People’s Republic of China, Japan and India are also invited to share their views on the current security and defense policies of the world.

Merkel’s unsubstantiated allegation against Russia did not go unchallenged. The Russian Foreign Minister, Sergei Lavrov, who was present at the conference, gave a quick response. The response by Mr Lavrov has been described by many observers as the hard, bitter truth.

After Merkel finished speaking, Lavrov told her that it is a confirmed fact that the United States had tapped her phone conversations before. According to Mr Lavrov, it appears clearly that Merkel is not bothered about the tapping of her phone, but rather interested in wild untruthful allegations against Russia. He described Merkel as a sad puppet of the United States. Mr Lavrov also reminded Chancellor Merkel and her other European cohorts obsessed with Russian hacking of a leaked document pointing to the fact that the United States’ Central Intelligence Agency (CIA) interfered with the 2012 French presidential elections, which brought Francois Hollande to power. He demanded concrete evidence from Merkel of Russia wanting to interfere in her country’s election.

“The German story was shown to be a fact. You know when it happened, several years ago. It was confirmed that top officials had had their phones tapped. And the other day there was a leak showing that the 2012 presidential election campaign in France coincided with cyber-espianage on the part of the CIA. And talking to a journalist today, a CIA representative said that he had no comments to offer. So I repeat: show us the facts,” Mr Lavrov said.

Of course, Mr Lavrov is right when he described Merkel as a sad puppet of the United States. During the disclosure of the United States’ National Security Agency (NSA) mass surveillance program by Edward Snowden in 2013, it came to light that the agency had been listening to conversations of top European officials, including Chancellor Merkel. This sparked a series of protests against the United States in Berlin. But surprisingly, Merkel herself never got involved or showed that she had been hurt by the actions of the Americans. In fact, it is even said she was forced by her own party members to make a public statement on the issue.

Even when she spoke about the issue, she called for talks with the United States without condemning the unacceptable behavior of the United States government. This led many observers to say it appears Merkel, who has been wronged, was rather begging for forgiveness from the American alliance. This is difficult to comprehend. Even in the face of overwhelming evidence of the United States hacking and spying on its own allies in the West, European leaders are reluctant to condemn US actions. Rather, they are more interested in condemning Russia based on unproven claims.

The Russian-American novelist and philosopher Ayn Rand was right when she said: “The hardest thing to explain is the glaringly evident which everybody has decided not to see.”

This article (Lavrov Shuts Merkel: “U.S. Tapped Your Phone, But You’re Whining About ‘Russian Hacking’”? [Video]) is a free and open source. You have permission to republish this article under a Creative Commons license with attribution to the author and AnonHQ.com.