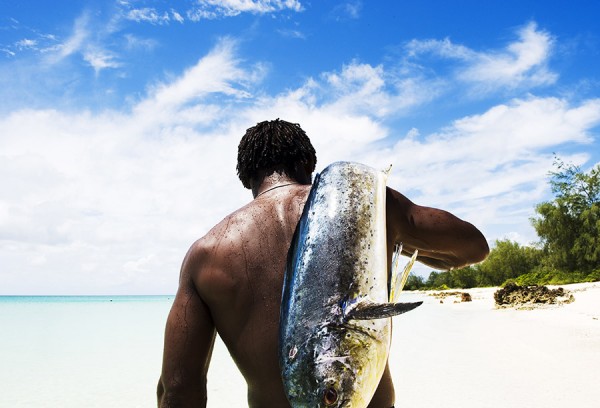 A new study in Mozambique has revealed that local communities are protecting marine reserves to improve the livelihoods of the residents within the country’s fishing communities.

The researchers who carried out the study are from Mozambique, Portugal and the UK, according to the Positive News. Mozambique is located in Southern Africa and is noted for its long Indian Ocean coastline, which is dotted with popular beaches and offshore marine parks.

The University of St Andrews team that took part in the study, said in a statement that the Vamizi Island marine sanctuary, which is located off Mozambique’s north coast, has more than 180 different species of coral and about 400 species of reef fish. The statement further added, that these elements therefore makes the island a perfect marine sanctuary. The researchers said the marine reserves are managed by local communities. The communities are said to be highly respected and nobody dares violate their orders of protecting the reserves.

It is said when the sanctuary was established by the local fisheries council in 2006, neighboring Tanzanian fishing companies and some local fishermen from the neighboring town, Nampula had threatened the existence of the reserves. As a result, local communities stepped in to stop their illegal activities, ultimately saving the reserves from destruction. Reportedly, without the communities, it would have been impossible to sustain the reserves. The Zimbabwean ichthyologist and expert in fish farming in Southern Africa, Dale Kenmuir commended the communities for protecting the reserves, and urged that it is important to introduce a marine university to the region to bridge the skills development gap in the fishing sector.

“A skills-based development university in the area will add value to the fishing industry and expose fishermen and the local people to other pursuits of economic value. There is no institution of higher learning in that part of the region or surrounding areas that specializes in fishing from the first to last level of production,” Kenmuir said.

The researchers said they conducted an underwater visual censuses of reef fish at three different times in 2003, 2006 and in 2012. Co-author of the study and marine biologist at Universidade Lúrio in Mozambique, Isabel da Silva said having community reserves could preserve fish populations in both Southern and Eastern Africa. She also explained that initiatives like this would generate foreign income to further grow the resource, on which most of the people in this region depend.

“When scientists scratch their heads to try to find solutions to existing or rather specific problems, they face insurmountable resistance from the local people who often view them as strangers to their usual pattern of life.”

“The findings provide evidence to help support a long-term future for this collaborative development, which has already allowed tourists access to an almost untouched environment, villagers access to more jobs, medicines, better schools, a new health centre, easier access and communications,” she said.

This Article (Local Communities In Mozambique Protecting Marine Reserves For The Development Of Fish Farming) is free and open source. You have permission to republish this article under a Creative Commons license with attribution to the author and AnonHQ.com.