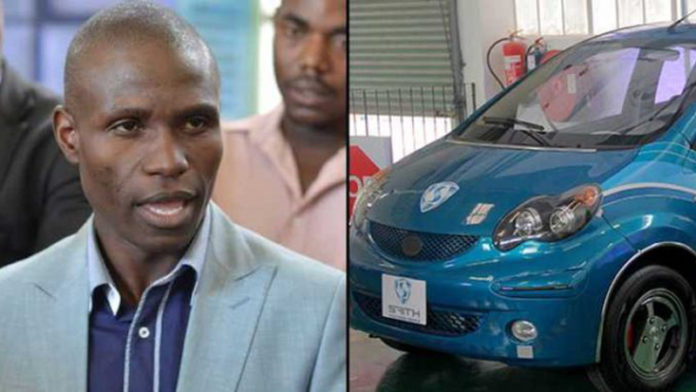 For actually a very long time, the concept of an electric car has existed. They say it has taken a long time to bring the electric vehicles out onto the market, but the truth is electric cars have been on the market for almost exactly as long as gasoline powered cars.

It was actually what people believe to be a conspiracy, that made the world choose the path of gasoline powered cars as opposed to ethanol or electric. John D. Rockefeller is believed to have protected his oil business by using his allies who were for the prohibition of alcohol to destroy the competitive ethanol fuel with a tax.

However, these old looking vehicles most people don’t know how to recognize are in fact electric cars from the early 1900’s: as in the first decade of the 1900’s. Now that everybody knows oil is bad, the oil barons of the world (the inheritors of fortunes from the people of what was formerly known as Royal Dutch Shell, or Rockefeller’s Standard Oil which is now Exxon) have a new strategy.

Since about the 1960’s actually, oil barons have learned to disguise their efforts to make more money with the perceived notion of philanthropy: environmentalism.

When you see certain wealthy people or institutions pushing a new technology, no matter how environmentally sound it is, don’t go to them to buy it or you’ll be empowering the same people who made our world hell and you might just be buying into something that is to our own detriment.

How Big Oil Conquered the World https://t.co/3sUgqXTowR via @YouTube

Why Big Oil Conquered The World https://t.co/URKnTgmA5N via @YouTube

The control of every human being’s regular energy usage, and strict regulation of every movement we make under the guise of protecting the environment is a serious danger we must not be naive to in the future. Many traps will be set for us, in which giving up our freedom and seceding our right to decide how we use our resources is offered as some solution to global problems.

However, what they want is everyone’s energy usage to be monitored and controlled: the wealthy people in this world do not want decentralized, genuinely empowering andfree energy technology.

In 1951, one “Invention Secrecy Act,” was written. It was one of the old safeguards from new technology disrupting energy monopolies, enforcing that patent applications on inventions that are new can be randomly subject to secrecy orders. If government agencies believe the disclosure of technology could be “harmful to national security” the publication or usage of the patent could be disrupted.

It has been suggested that this act may have set the legal framework for why many inventions never came to fruition in the past.

Over 5000 inventions were actually reported to be under secrecy orders at the end of the Fiscal Year 2014, according to the Federation of American Scientists. This marked an actual peak in highest number of simultaneous secrecy orders on inventions in effect since the year 1994. According to Steven Aftergood from the Federation of American Scientists:

But you know who may not be suppressed by this? Sangulani Chikumbutso, the first man from Zimbabwe to create and design an electric vehicle and a hybrid helicopter, in addition to a wide range of technologies through his company SAITH Technologies.

“By revealing undisclosed substance (industry secreted) to radio wavelengths, the Eco-friendly power generator has the capacity to funnel the power generated into function electrical energy. His assertion is always that he has moved past the rules of preservation of energy as generally comprehended as equivalent shift of energy from a single form to a different one proclaiming that this kind of “discovery” displays the application of basic gel battery packs in series of 220 volts generating a greater output in electrical power (500,000 Watts). We aren’t certain how this claim could be allayed, therefore we wish at some discussion board researchers will put the statements to test.” An electric car that does not require conventional recharging https://t.co/BmHZYp8aa5 via @YouTube