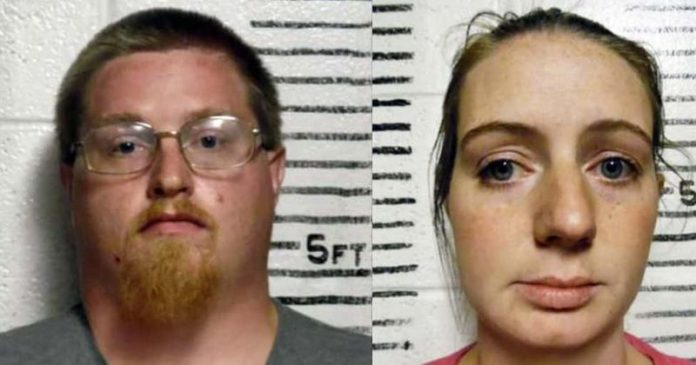 Oklahoma police have charged a couple with multiple sex crimes against minors. The charges involved abuse of their two-year-old daughter and plans to sexually abuse their unborn child.

Prior to the charges, the couple faced other charges in June. Attorney General Mike Hunter noted the charges as manufacturing child pornography, lewd acts with a minor and violating the Oklahoma Computer Crimes Act

It was during the investigation that new information was uncovered of the couple allegedly beating, handcuffing, and raping their two-year-old daughter. Authorities alleged that other victims in the couple’s care were also beaten and raped.

Additional evidence was also uncovered of Gerrard’s conspiring to commit incest with his unborn child.

The US Attorney’s Office is currently pursuing charges against the couple for child pornography production to seek a maximum penalty.

Oklahoma state law provides a maximum prison sentence for manufacturing or distributing child pornography of 20 years, however, with federal law, the mandatory prison sentence is 15 to 30 years.

The Attorney General’s Office launched an investigation into the couple after receiving a tip from the National Center for Missing and Exploited Children. The information included the Coddingtons allegedly sharing pornographic images of a minor on the internet.

Authorities were able to establish probable cause to arrest the pair within days of receiving the information.

“Children are among the most vulnerable and defenseless in our society and crimes against them will never be tolerated by my office. We will also ensure those who commit these types of crimes are held accountable and punished to the full extent of the law,” Attorney Hunter said.

“I appreciate US Attorney Timothy J Downing for partnering with us on this case to ensure justice is served and those who committed these horrific acts are unable to do it again.”

The husband and wife team are currently in an Oklahoma prison, and are being held on $5 million bonds each.