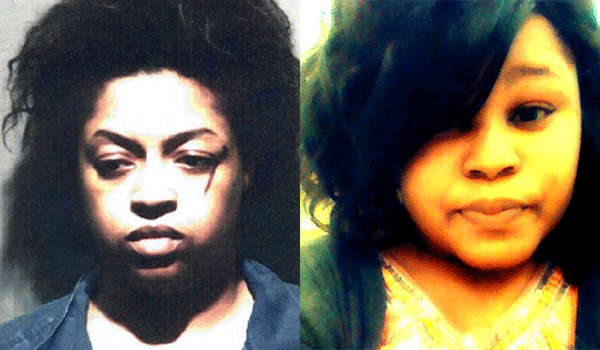 Two women from the US State of Maryland have admitted killing two toddlers in an attempt to cast out purported evil spirits in them.

Police said they responded to a desperate call at townhouse in Germantown and found that 1-year-old Norell Harris and 2-year-old Zyana Harris have been stabbed several times and dead in pool of blood. Their other siblings aged 5 and 8 were also badly wounded and WERE taken to hospital. The incident happened last year. The four children were discovered in their bedrooms and police said they initially suspected that they might have been murdered in their sleep.

The children mother, Zakieya Latrice Avery and her church friend, Monifa Denise Sanford were later arrested by the police. It is said Avery tried to flee after the incident.

However, the women have now admitted before a court of law that they killed the kids in an attempt to cast out evil spirits in them. The women told the court how they saw the children’s eyes darken and a black cloud hovering over one of the kids. They also said they heard voice telling them to stab the children so that they will be free from the evil spirits possessing them. According to the Daily Mail, the two women had been living together in the same house before the horrible incident. It is said they met at a church called Exousia Ministries and became good friends thereafter.

Avery was said to be part of a dance troupe and started calling herself a demon assassin and when she met Sanford, she started to indoctrinate her with demonic stories. Investigators said the two women initially admitted that they have been watching videos on YouTube on how to perform exorcism.

But the court held that they were guilty but not criminally responsible. The court said the women descended into depths of mental illness which included hallucinations and hearing of voices. Defense lawyers have maintained throughout the trial that the women were suffering from mental illness. The court committed the women to Clifton T. Perkins Mental Hospital for treatment. Local media outlets have said they are likely to remain there for life.

Montgomery County Police Chief, Tom Manger told local TV station WUSA9 that the incident was very devastating and that the community should support the family in this difficult moment.

“Cases like this are heartbreaking. Our thoughts are with the family and friends of the victims along with the 911 operators, police officers, evidence technicians, and fire and EMS personnel that responded” he said.

This Article (Maryland Women Kill Two Kids In An Attempt To Perform Exorcism On Them ) is free and open source. You have permission to republish this article under a Creative Commons license with attribution to the author and AnonHQ.com.