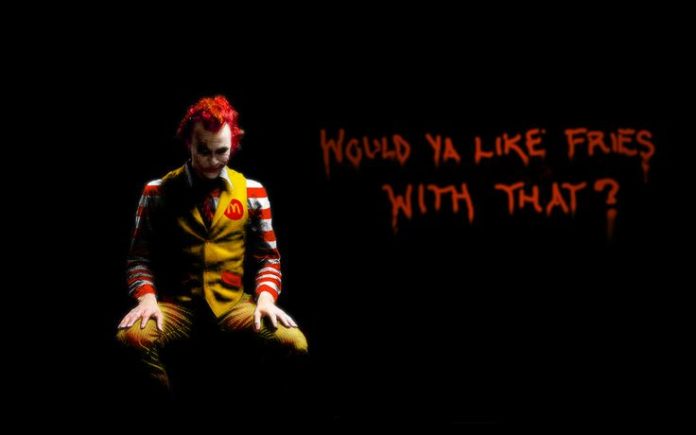 American’s awareness to health and diet issues prompted McDonald’s to put forth a campaign of transparency.  What was found will disgust you beyond belief.  It is no secret, fast food restaurants cut costs by taking short cuts. These short cuts lead to the use of preservatives, flavor enhancers and a slew of other chemicals.  While McDonald’s was trying to expose that their product aren’t as bad for you as purported, the result was not what they hoped for. The multi-billion dollar company has created a series of videos, available on their website, hoping to show the public how their food makes it from the farm to the restaurant. We have all heard about the legendary “pink slime”, a meat filler used by most fast food chains. McD’s has publicly stated that they no longer use pink slime, but the sad thing is that pink slime might be the least scary thing you eat at McDonald’s. So what will you find in your daily trip to Mickey D’s? used in bread production but also used in fertilizer and pesticide. used in chicken nuggets, it is also used to make contact lenses. a protein synthesized from human hair and duck feathers used to enhance flavor. a petroleum byproduct used in most of McD’s menu.

Image: The dosage and amount of Mc Nuggets that, when consumed (within some hours) can lead to death. used in fast food and a number of consumer products, such as anti-freeze. a sampling of McD’s food showed residual traces of the antibiotics and even antidepressants, which were fed to their livestock. Don’t worry, I can’t pronounce this one either. You’ll find this in anything McD’s cooks in a frier. It is also used to make shampoo, silly putty and a number of other non-food related products. a food dye which comes from Cochineal beetles. a filler which comes from wood pulp, it is the least harmful ingredient (out of this list) though. an industrial sand used to keep substances from clumping.

One of the most shocking revelations about McD’s and the majority of processed food manufacturers is the use of citric acid. While citric acid is produced naturally in things like citrus fruit, that’s not where it comes from when used by these mega-corporations.  The citric acid used comes from a GMO Black Mold excretion. The transparency allegedly put forth by McDonald’s has only brought up more questions.  The videos and information on their site does not address problems which activists have had issue with.  None of the information provided addresses the fact that the majority of the beef used by McDonald’s comes from antibiotic treated cows who are fed GMO corn. Nor does it address the fact that all of McD’s eggs come from caged chickens. While transparency is a good start, McDonald’s continues use these horrific, cost-cutting practices that puts profits over people.