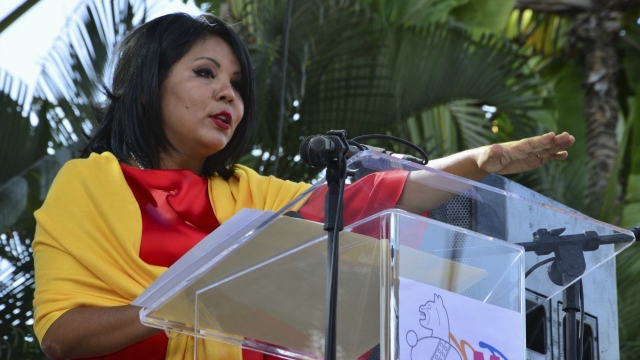 The first woman elected mayor of Temixco, a city in the central Mexican state of Morelos, Gisela Mota, 33, was assassinated less than 24 hours after taking office on January 1.

Her party released a statement describing her as a “strong and brave woman who on taking office as mayor, declared that her fight against crime would be frontal and direct”.

Morelos has the fourth highest murder rate behind only Sinaloa, Guerrero and Chiapas. According to the NGO Citizen Council for Security and Criminal Justice, it ranks in the top two for kidnaps, extortion and rape.

We All Have a Role in Mexican Mayor Gisela Mota’s Murder https://t.co/tTtc1VtkX6 via @Esquire

“The security situation in Morelos is critical. The mayor’s murder was used as an excuse to drive forward the Single Command programme, and divert attention away from the inability or unwillingness of local and federal governments to really do something effective about organized crime,” said Erubiel Tirado, a leading organized crime expert.

According to the governor of Morelos, Graco Ramirez, the detained suspects have disclosed that the group known as Los Rojos was behind Mota’s assassination, and killed her for less than $30,000. In a radio interview, Ramirez indicated Mota’s assassination might have been linked to a national government effort to replace municipal authorities with a single, unified state command. He added newly elected mayors were under pressure from Los Rojos and its rival Guerreros Unidos not to cede control of local law enforcement to higher authorities.

“We will not surrender to criminal challenge,” said State Gov. after funeral for Mexican mayor #GiselaMota. https://t.co/03aG2zp37I

This Article (Mexican Mayor, Who Vowed To Take On Organized Crime Directly, Shot Dead Within Hours Of Taking Office) is free and open source. You have permission to republish this article under a Creative Commons license with attribution to the author and AnonHQ.com.