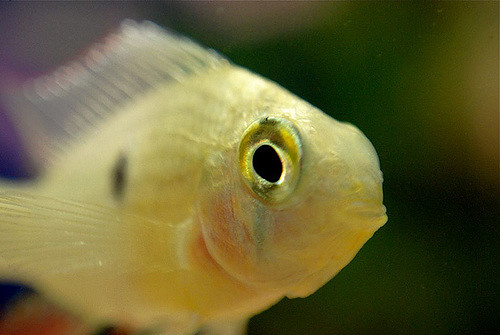 Laval fish are becoming addicted to consuming micro-beads, according to a new study by a group of Swedish researchers.

The study, entitled Environmentally relevant concentrations of microplastic particles influence larval fish ecology, was published earlier this month in the journal Science. As outlined in the study’s abstract, the scientists discovered that when developing fish are exposed to high concentrations of micro-plastic particles, they exhibit altered behaviors and stunted growth, which in turn led to increased mortality rates. Every year, about 8 million tonnes of plastic enters the oceans. When looking at micro-beads alone, around 100,000 micro-beads are washed down the sink each time a product with micro-beads is used. As a result, many of these micro-beads find their way into the food chain. Today, researchers are still collecting evidence that will help them determine how plastic and other pollutants affect the ocean and its wildlife.

In this most recent study, the Swedish researchers wanted to look at the impact of micro-plastics on the early life stages of fish. To do this, “the researchers exposed perch larvae to different concentrations of polystyrene in water tanks,” reports the BBC.

Once hatched, the researchers observed the health and behavior of the fish. The fish that were exposed to micro-plastics were “smaller, slower, and more stupid” than the fish that were hatched in clean water, according to lead author Dr Oona Lonnstedt, from Uppsala University.

However, despite these disturbing results, scientists were most surprised to find that exposure to micro-plastics changed food preferences among the fish. Once the fish were exposed to micro-plastics they abandoned their natural food source in favor of the micro-beads.

“They all had access to zooplankton and yet they decided to just eat plastic in that treatment. It seems to be a chemical or physical cue that the plastic has, that triggers a feeding response in fish,” Dr Lonnstedt told BBC News. “They are basically fooled into thinking it’s a high-energy resource that they need to eat a lot of. I think of it as unhealthy fast food for teenagers, and they are just stuffing themselves.”

Upon seeing these results, the researchers have linked the decline of species such as perch and pike, to an increase of deaths at the juvenile stage. If similar behavior occurs in other fish, marine or sea bird species, the effects on both populations and the ecosystem as a whole could prove to be catastrophic.

“The observations we have so far are about the amount of plastic we find in the seas, and the amount we find within animals,” Dr Erik Van Sebille from Imperial College London, said. “Your intuition would say it is not good for a fish to eat plastic, but scientifically you want to prove it, you want to be able to show what the impacts plastic are having, and that has been very hard to determine until now, and that’s why this is such a big paper.”

Although the U.S. has already banned the use of micro-beads in cosmetics and personal care products, the EU has yet to follow suit. However, with increasing pressure from the emergence of more scientific research, it is hoped that a ban of micro-beads will soon be issued in the EU.

This article (Micro-plastics Threaten Ocean’s Ecosystem: Juvenile Fish Are Becoming Addicted To Micro-beads) is a free and open source. You have permission to republish this article under a Creative Commons license with attribution to the author and AnonHQ.com.