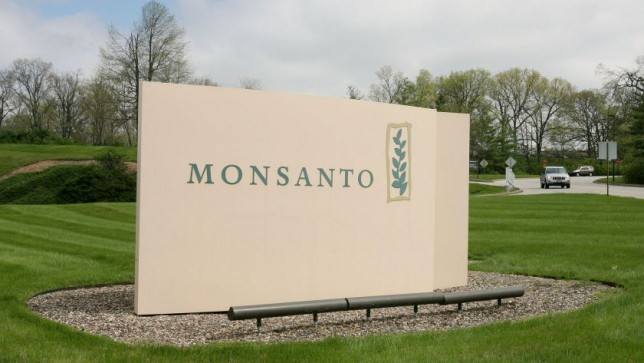 On December 3rd it was announced at a press conference held in conjunction with the COP21 United Nations Conference on Climate Change in Paris that Monsanto will be put on trial for crimes against humanity. The trial will be held in The Hague, Netherlands on October 16, 2016—World Food Day.

Known as the Monsanto Tribunal, numerous groups have joined together to face off against the agro-chemical company, including The Organic Consumers Association (OCA), IFOAM International Organics, Navdanya, Regeneration International (RI), Millions Against Monsanto, and dozens more global food, farming, and environmental justice groups. Among speakers at the conference was international director of the OCA (US) and Via Organica (Mexico), and member of the RI Steering Committee, Ronnie Cummins, who made this statement:

“The time is long overdue for a global citizens’ tribunal to put Monsanto on trial for crimes against humanity and the environment. We are in Paris this month to address the most serious threat that humans have ever faced in our 100-200,000 year evolution—global warming and climate disruption. Why is there so much carbon dioxide, methane and nitrous oxide in the atmosphere and not enough carbon organic matter in the soil? Corporate agribusiness, industrial forestry, the garbage and sewage industry and agricultural biotechnology have literally killed the climate-stabilizing, carbon-sink capacity of the Earth’s living soil.”

Andre Leu, president of IFOAM and a member of the RI Steering Committee, had this to say:

“Monsanto is able to ignore the human and environmental damage caused by its products, and maintain its devastating activities through a strategy of systemic concealment: by lobbying regulatory agencies and governments, by resorting to lying and corruption, by financing fraudulent scientific studies, by pressuring independent scientists, and by manipulating the press and media. Monsanto’s history reads like a text-book case of impunity, benefiting transnational corporations and their executives, whose activities contribute to climate and biosphere crises and threaten the safety of the planet.”

The group’s intentions were outlined clearly in this PDF report as part of the COP21 UN Conference, which runs through December 11th.

This Article (Monsanto Facing Charges in 2016 for Crimes against Humanity) is a free and open source. You have permission to republish this article under a Creative Commons license with attribution to the author and AnonHQ.com.