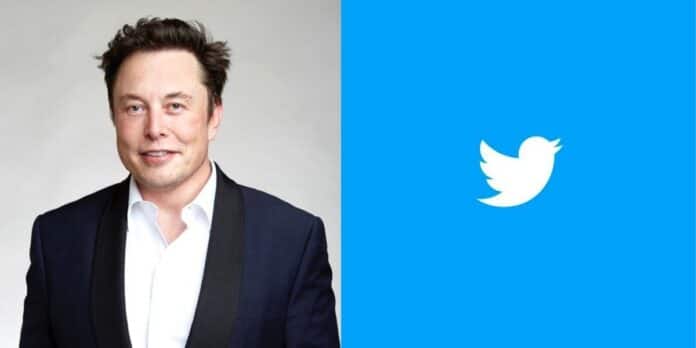 Elon Musk will join Twitter’s board of directors after taking a 9.2% stake in the social media company, according to a release filed with the SEC. Founder and Ex-CEO of Twitter – Jack Dorsey – is holding only 2.25% in stakes.

“Through conversations with Elon in recent weeks, it became clear to us that he would bring great value to our Board,” CEO Parag Agrawal said in a tweet.

Elon Musk will join Twitter’s board of directors after taking a 9.2% stake in the social media company. The news sent shares up more than 6% in the morning.

“Through conversations with Elon in recent weeks, it became clear to us that he would bring great value to our Board,” CEO Parag Agrawal said in a tweet on Tuesday.

“He’s both a passionate believer and intense critic of the service which is exactly what we need on Twitter, and in the boardroom, to make us stronger in the long-term,” he added.

Former chief Jack Dorsey praised the move, saying in a tweet Musk “cares deeply about our world and Twitter’s role in it.”

Musk’s term is set to expire in 2024, according to a filing with the SEC. For his entire board term or 90 days after, Musk cannot be the beneficial owner of more than 14.9% of the company’s common stock outstanding.

Musk’s purchase comes after a bout of criticism aimed at the social media company. The outspoken Tesla CEO polled people on Twitter last month about whether it adheres to free speech principles. He added that he was considering building a new social media platform.

After he was named to the board, Musk on Tuesday teased he would push for adjustments to the product.

I’m excited to share that we’re appointing @elonmusk to our board! Through conversations with Elon in recent weeks, it became clear to us that he would bring great value to our Board.

Musk’s stake, while the largest among outside shareholders, is considered a passive interest, which often means the holder isn’t trying to control or influence the company. Still, some investors expected Musk to take an aggressive stance. After the stake was revealed on Monday, investors pushed the stock up 27%, the mark its best day since its IPO.

Hours after his holding in the company was revealed, Musk took to Twitter to poll users on interest in an edit button. Agrawal retweeted the post, urging people to “vote carefully” as the consequences “will be important.”

Musk’s investment comes at a key time for the social media company. Agrawal, who took over from Dorsey in November, has said he would focus on metrics and accelerate Twitter’s work to bring new products to customers. He’s also under pressure to reach the company’s aggressive internal goals, including growing Twitter to 315 million monetizable daily active users by the end of 2023. Twitter reported 217 million monetizable daily active users in its most recent quarter.

“We believe Musk joining Twitter will lead to a host of strategic initiatives which could include a range of near-term and long-term possibilities out of the gates for the company still struggling in a social media arms race,” Wedbush analyst Dan Ives said in a note to investors. It’s “time to get out the popcorn and watch the developments over the coming months with Musk on the Board,” he said.

Musk is an avid Twitter user with more than 80.5 million followers on the platform. However, he’s also landed himself in hot water several times over his tweets. In 2018, Musk tweeted he had “funding secured” to take Tesla private at $420 per share, which led to litigation. Musk has since agreed to submit his public statements about Tesla’s finances and other topics to vetting by its legal counsel.

He was also subpoenaed by the SEC in November after he asked his Twitter followers if he should sell 10% of his Tesla stock, causing shares to fall.