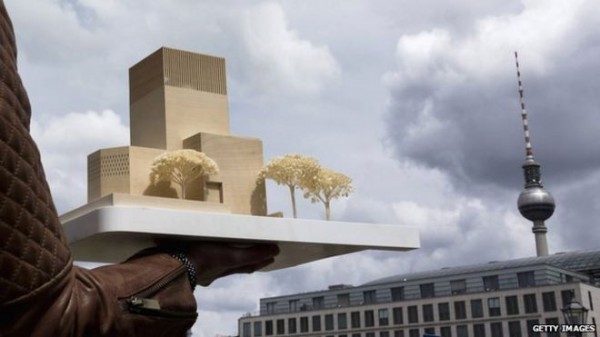 In order to promote peaceful co-existence, tolerance and tranquility, a group in Germany has announced the building of the world’s first combined mosque-synagogue-church in the country’s capital, Berlin.

The facility will be a shared prayer space designed to bring together members of the three major Abrahamic monotheistic religions under one roof. Abrahamic religions are religions originating from the traditions of Iron Age proto-Judaism. The major ones are Judaism, Christianity, and Islam. These religions trace their origin to the biblical Father of Abraham from Ur. The Altmuslimah media reports that the proposed building is dubbed the House of One. It is to be built on the site of a 13th-century church in Central Berlin. The church was said to have been repeatedly destroyed and rebuilt until the Second World War.

And after the War, the facility has remained unused. And the owners of the property have decided that rather than simply building a new Christian house of worship, they will give it back to the city, and create a single structure in which Jews, Muslims, and Christians alike could come together and express their respective faiths in the facility.

According to the founding charter establishing the House of One, the House is completely dedicated to a culture predicated on four tenets. The tenets are nonviolence and respect for all life, solidarity, respect and life lived with integrity, and equality. “They had to face the question of what do we do with this ground, and what do we want to give back to the city, what do we need in this time?”, House of One representative, Frithjof Timm  told reporters about the project.

After an initial design search, it was decided that the House of One would be built according to plans from the Kuehn Malvezzi architectural firm. Per those plans, the structure will contain three equally sized but differently shaped prayer spaces, one for each faith.

Timm further explained “We have only one entrance in the building. So everyone who is going to pray whether Jewish or Muslim or Christian has to use this one entrance. The entrance leads to the common room, and from the common room there’s a stair going up to the second floor and then you decide which way you go”

The House of One is still raising funds for its eventual construction, having just passed the €1 million mark, from more than 1,400 individual donors.

But it is still a way off from the €43 million goal target by the founders. Currently, they are selling bricks for the building at €10 each. And by rough estimate, some 4.35 million bricks are needed to complete the building. Timeline has not been given for the completion of the project, but it is believed as soon as the funds are available, it will be completed in no time.

Some observers have praised the efforts of the group to bring such important religious bodies together to demonstrate unity on earth. Some believe Berlin is the best place to start such a project due to its diverse nature.

“The House of One is not only one for Berlin, but from here. And because it is a multicultural city, the idea will spread to different countries all over the world”, a man explained in a promotional video to create awareness for the commencement of the ambitious project.

This Article (Muslims, Jews, And Christians To Get One Worship House In Berlin Soon [Video]) is free and open source. You have permission to republish this article under a Creative Commons license with attribution to the author and AnonHQ.com