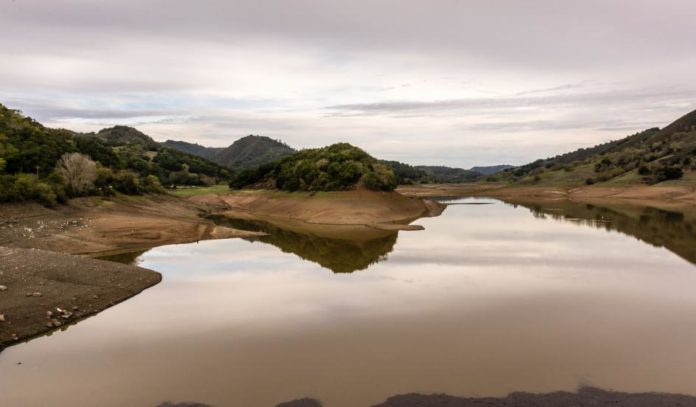 NASA’s Senior Water Scientist, Jay Famiglietti, announced in a Los Angeles Times op-ed piece that the state of California has only about a year’s worth of water left in its reservoirs, rivers, lakes and snowpack in the soil.

Famiglietti works out of the NASA Jet Propulsion Laboratory in California. He claims the state has lost around 12 million acre-feet of stored water every year since 2011, and the combined water sources in the Sacramento and San Joaquin river basins amounted to a volume that was 34 million acre-feet below normal levels in 2014:

“As our ‘wet’ season draws to a close, it is clear that the paltry rain and snowfall have done almost nothing to alleviate epic drought conditions. January was the driest in California since record-keeping began in 1895. Ground water and snowpack levels are at all-time lows,” Famiglietti writes. “We’re not just up a creek without a paddle in California, we’re losing the creek too.”

It has been reported by the U.S. Department of Agriculture that monitoring stations in the state have recorded the lowest snowpack measured so far:

“Right now the state has only about one year of water supply left in its reservoirs, and our strategic backup supply, groundwater, is rapidly disappearing.”

Additional research by NASA, Cornell University and Columbia University suggest a, “remarkably drier future,” not only for California but other Western states as well due to a rapidly changing climate. ‘Megadroughts’ are likely to begin between 2050 and 2099, and could last between 10 years and several decades.

Famiglietti urges mandatory water rationing, as well as swift formation of regulatory agencies to constantly evaluate groundwater levels and ensure it is being used in sustainable ways. He claims highly irrigated areas, such as Central Valley, are responsible for much of the water loss.

While California has already curtailed excessive water use for activities like filling fountains and irrigating lawns, it will require major changes in policy and infrastructure in order to deal with future droughts. The California Water Resources Control Board in Sacramento has enacted sweeping mandates that are aimed at saving water and districts have been instructed to impose outdoor water restrictions.

Other solutions include rationing desalination plants. The largest ocean desalination plant in the Western Hemisphere is now under construction in San Diego. This $1 billion project is expected to deliver 50 million gallons of drinking water a day. It’s scheduled to open in 2016 and 15 other plants are being planned along the California coast.