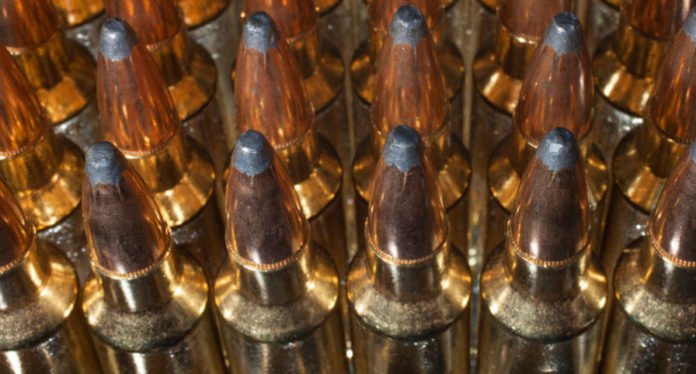 Germany is a central figure in the context of World War II. A totalitarian state under Führer Adolf Hitler, it plunged Europe and many parts of the world into chaos. The cost of that war is, to this day, just unspeakable.

Due to the rising tensions between the United States and Russia over geo-political issues, the former wants to use its influence in the North Atlantic Treaty Organization (NATO) to start a direct war, one that could usher us into a possible third global conflict.

At a NATO summit in the Polish capital Warsaw, in July 2016, the organization promised to deploy troops to Eastern Europe to defend its allies. NATO claimed then, that the deployment was purely a defensive measure, and that Moscow should not consider it as something that will plunge the area into chaos.

But Russia has repeatedly warned that any NATO military buildup in Eastern Europe could jeopardize the peace and stability of the region. Despite the Kremlin’s grave concern, it has emerged that the United States defense headquarters has approved over 600 containers of ammunition earmarked for Eastern Europe via Germany. According to United States officials, the shipment is the largest ammunitions shipment to be sent to the area for more than 20 years. The Pentagon recently announced the deployment of a 6,000-strong tank brigade to Eastern Europe next year. This has added to the already fragile situation on the ground.

It is said some 620 shipping containers packed with ammunition arrived at the northern German port of Nordenham at October’s end. The Pentagon released a statement that the ammunitions arrived safely in Germany, and that they were then loaded onto trains and transported to the Miesau Army Depot for storage and distribution to other locations across Eastern Europe. The Commander of the United States military in Europe, Lt. Gen. Ben Hodges, honestly admitted that the deployment is a deterrent against Russia. “This is about deterrence. We could have 1,000 tanks over here, but if we didn’t have the ammunition for them they would not have any deterrent effect.”

He added that German military and civilian staff have been helpful in moving the ammunitions and supplies to the Miesau depot, commending the country for helping in the successful delivery of the dangerous military items. After these ammunitions were delivered to Germany, the Pentagon has again revealed its preparations for deploying two heavily-armed army units – the 3rd Armored Brigade Combat Team (3rd ABCT) of the Colorado-based 4th Infantry Division, as well as the New York-based 10th Combat Aviation Brigade to Eastern Europe – due to arrive in January 2017.

The Pentagon is also hoping to deliver anti-drone weapons systems soon, to counter Russia in Eastern Europe. It is said these weapons systems would include the Avenger, a Humvee equipped with eight FIM-92 Stinger missiles, as well as the German-made Gepard, a twin-33mm cannon mounted on a Leopard tank chassis.

The United States Army is also planning to equip the 2nd Cavalry Regiment in Europe with the new version of the M1126 Stryker infantry fighting vehicle; armed with a more powerful 30mm cannon in May 2018, according to United States defense media outlet.

According to Russian media outlets, these shipments are yet another part of the massive military buildup taking place in Eastern Europe, where the United States and NATO are developing military infrastructure and headquarters, as well as building weapons and ammunition stockpiles to defend the region against what they describe as “Russian aggression.”

As NATO begins the deployment of these weapons to Eastern European regions, Russia too, is doing all it can to upgrade its defense equipment and facilities. Even before the arrival of NATO’s troops to the European eastern front, Russia had already deployed nuclear-capable missiles, the 9K720 Iskander, to its western-most region bordering Poland and Lithuania.

An unnamed United States intelligence official told Reuters that the deployment by Russia is to express displeasure at NATO’s build up along the borders. He added that the United States is worried, and is still monitoring the situation in Eastern Europe. During the political crisis in Ukraine, in which the pro-Russian government was ousted from power, Russia retaliated by annexing the Crimea region.

As the West, led by the United States, struggles to install a functioning government in Ukraine to protect its interests in Eastern Europe, Russia too, is making frantic efforts to neutralize the situation, also attempting to protect its influence in the region.

Russia continues to support separatist rebels in Eastern Ukraine who want to break away and have their own independent nation, which will be closely allied with Russia.

Many observers are now hoping that Donald Trump will turn the situation around when he takes office, considering his fierce opposition against his country’s involvement in NATO and other sovereign affairs.

This article (NATO Buildup: Pentagon Ships Largest Ever Ammunitions to Eastern Europe via Germany) is a free and open source. You have permission to republish this article under a Creative Commons license with attribution to the author and AnonHQ.com.