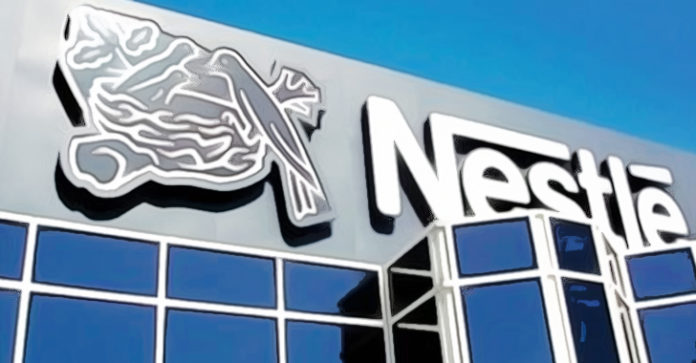 New Delhi, India – The Indian government has announced that it is suing mega corporation Nestle over claims it deceptively allowed unsafe and illegal levels of lead in Maggi instant noodles, one of the company’s most popular products in the country. The lawsuit, which seeks nearly $100 million in damages, alleges Nestle engaged in “unfair trade practices” and alleges the noodles are unfit for human consumption.

On Wednesday, the Indian government officially declared that it filed suit in the country’s top consumer court, the National Consumer Disputes Redressal Commission (NCDRC), which has semi-judicial powers. It seeks 6,400 million rupees, or $98.6 million in damages from Nestle India.

“Our complaint is over their unfair trade practices and the court will now issue them notices to hear their response,” said G. Gurcharan, a secretary at the Ministry of Consumer Affairs.

Sales of the noodles plunged after India’s food safety regulator reported in June that it had tested the noodles and found “unsafe and hazardous” levels of lead. According to the EPA, exposure to unsafe amounts of lead, if chronic and left untreated, is associated with serious side effects:

“In adults, lead poisoning can cause:

In children, lead poisoning can cause:

In addition to lead, the analysis of the noodles reportedly detected monosodium glutamate, a chemical flavor enhancer that has come under fire in recent years for its potential toxicity.

Predictably, Nestle India maintains it has done nothing wrong. “In recent months, we had over 2,700 samples of MAGGI Noodles tested by several accredited laboratories both in India and abroad. Each one of these tests have shown lead to be far below the permissible limits,” said an official statement. If the Indian government’s concerns prove warranted, however, this would mean Nestle is lying about its claims of safety. Nestle India has already agreed to withdraw all Maggi noodles from shelves in India and said it would destroy over 3.2 billion rupees ($50 billion) worth of the product.

Indian officials maintain the dangers of the Maggi noodles are real. “It’s a serious matter concerning public health and the law allows us to take suo moto legal steps, or legal actions, against erring entities,” said one official from the ministry in June when the announcement was made that the government intended to file suit. At the same time, the national food inspection agency announced plans to investigate Nestle’s eight factories around the country, though they do not all produce Maggi noodles.

India is no stranger to strife caused by food and biotech giants. It recently dealt with hundreds of thousands of suicides by Indian farmers, who struggled with crippling debt they incurred to buy high-priced GMO seeds. India has instituted stringent policies on GMOs.

Though the facts of the case are disputed, the current lawsuit against Nestle is yet another example of global backlash against the questionable—and often outright sinister—practices of powerful corporations.

This article (Nestle Being Sued for $100 Million Dollars Over Hazardous Lead in Food) is free and open source. You have permission to republish this article under a Creative Commons license with attribution to Carey Wedler andtheAntiMedia.org. Anti-Media Radio airs weeknights at 11pm Eastern/8pm Pacific. If you spot a typo, email [email protected].

Carey Wedler joined Anti-Media as an independent journalist in September of 2014. As a senior editor, her topics of interest include the police and warfare states, the Drug War, the relevance of history to current problems and solutions, and positive developments that drive humanity forward. She currently resides in Los Angeles, California, where she was born and raised. Learn more about Wedler here!