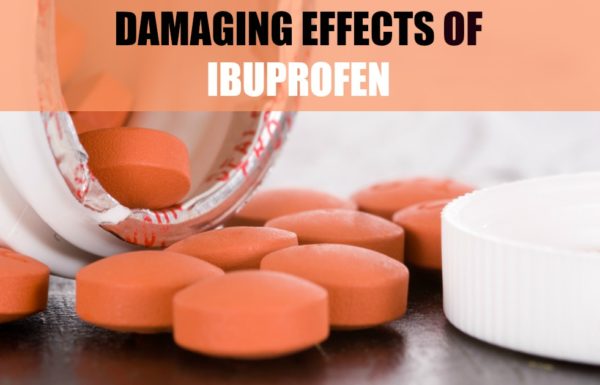 A new study, authored by the American Heart Association (AHA), has revealed that commonly prescribed and used medications, such as Ibuprofen and nutritional or natural supplements, may trigger or worsen heart failure.

According to a statement released by AHA researchers announcing the study to the public, these drugs, when taken with other medications, or taken to treat certain conditions “may cause or exacerbate heart failure.”

The researchers, therefore, recommended that patients who have been diagnosed with heart failure, should discuss in detail with their healthcare providers regarding over-the-counter medication, nutritional supplements and  natural remedies, before using them.

It is said certain medications can be toxic to heart muscle cells, or alter how the heart muscle contracts. For example, AHA said common heartburn medications and cold remedies can come with high levels of sodium, which can be detrimental to patients with heart failure conditions.

According to AHA, patients have been taught to read food labels for sodium content. This, the study said, has shifted patients’ attention from reading labels on over-the-counter medications and natural supplements. The study recommended that patients should look out for sodium in anything they ingest.

The researchers said the situation is complex for healthcare providers to determine whether these drugs are bad for the health of heart failure patients, hence their decision to undertake the study.

The researchers wrote: “Since many of the drugs heart failure patients are taking are prescribed for conditions such as cancer, neurological conditions or infections, it is crucial but difficult for healthcare providers to reconcile whether a medication is interacting with heart failure drugs or making heart failure worse.”

According to the United States Centers for Disease Control and Prevention (CDC), heart failure is the condition in which the heart cannot pump enough blood and oxygen to support other organs in the body.

A professor at the University of Colorado School of Pharmacy and Medicine, Robert L. Page said that now that this study has been conducted, healthcare providers must take it serious. “My hope is that this statement will be used by healthcare providers in all medical specialties to educate themselves about drugs that can exacerbate or cause heart failure,” Professor Page said. Professor Page is chair of the committee that formulated and supervised the publishing of the findings of the study.

This article (New Study Warns Ibuprofen, Other Common Drugs, And Supplements May Exacerbate Heart Failure) is a free and open source. You have permission to republish this article under a Creative Commons license with attribution to the author and AnonHQ.com.