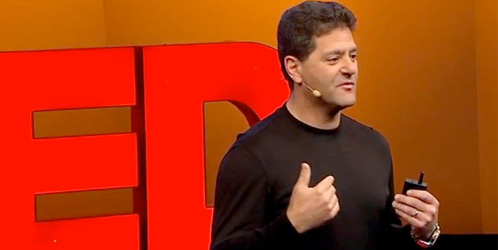 Nick Hanauer gives an interesting lecture focusing on himself who is a self-admitted capitalist and how the middle class could thrive if only the necessary reforms to tax would occur.

If taxes on the rich go up, job creation will go down. It is an argument rarely challenged, but Hanauer insists it’s one that holds the key to the change the economy desperately needs. This change, he hints, would level out the playing board for all classes: lower, middle and upper classes alike. Everyone would benefit. His argument is simple: rich people don’t create jobs; business, big or small, will not create jobs. Only consumers create jobs, and hence, tax reforms need to happen in order to spur on economic growth. Tax reforms that benefit lower and middle classes, rather than the rich.

One interesting point he discusses is about considering the fact that if the current wage earned by the average American still retained the same share of income they did in 1970, today they would earn $45,000 more per year. This in itself would make a world of difference in spending and living conditions. But again, it’s all down to the lower taxes that the rich currently enjoy, and the higher taxes on the classes beneath them, who are struggling on a day-to-day basis.

The TED talk in question by Nick Hanauer was given in 2012 and banned by the TED officials for being “too politically controversial for the site.” The talk, as all banned media does, made Hanauer a notable name in the alternative economic ring. His warning of a rapidly increasing inequality seems to be coming true at lightning speed.

“What everyone wants to believe is that when things reach a tipping point and go from being merely crappy for the masses to dangerous and socially destabilizing, that we’re somehow going to know about that shift ahead of time. Any student of history knows that’s not the way it happens. Revolutions, like bankruptcies, come gradually, and then suddenly,” Hanauer has recently stated. “We’re all better off when we’re all better off.”

And in Hanauer’s mind, the only way for the world to prosper is to tax the rich to pay for investments that benefit all. His claim is the trickle on effect will be a fantastic deal for the middle class, the poor, and the wealthy.

This Article (Nick Hanauer: Tax the Rich for a better Economy ) is a free and open source. You have permission to republish this article under a Creative Commons license with attribution to the author and AnonHQ.com.