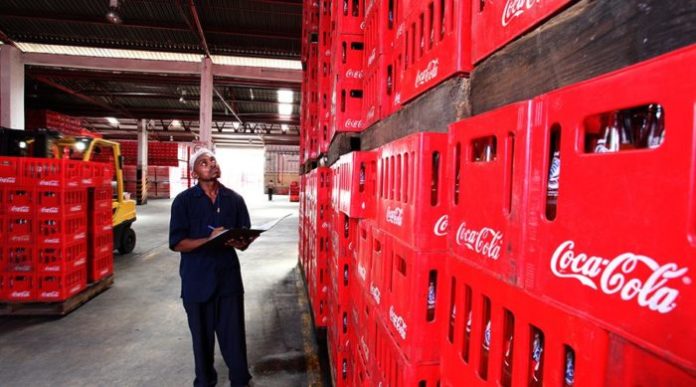 The Coca-Cola Company is now in deep trouble. Many people have come to realize in recent times that products of the company do more harm to their health. In fact, all Coca-Cola products have no recorded important nutritional value.

According to health experts, people who drink just 330ml of Coca-Cola would have their blood sugar levels increase dramatically within 20 minutes. If they continue to drink Coca-Cola continuously, they are likely to have serious blood pressure problems. As a soda drink, it also contributes to obesity. In 2016, it emerged that Coca-Cola and Pepsi have been funding up to 96 health groups in the United States to mislead the public that their products have no links to obesity. When this was made public, Coca-Cola issued a statement denying the claim.

What else can the company do than to deny the claim? Coca-Cola has since increased its advertising campaigns in order to continue to poison its consumers to death. We’re not intentionally scaring you, we’re just pointing out the facts. Soda drinks, including Coca-Cola, are nothing but poison.

In the West African country of Nigeria, a court has ruled that two products of Coca-Cola – Fanta and Sprite – are not safe for human consumption. Nigeria is Africa’s most populous nation with over 173 million citizens. This makes the country a hotspot for many multinational corporations in Africa. But due to widespread ignorance and endemic government and national corruption, many corporations do not follow due process in the country.

All kinds of products and services are sold or rendered to the public without any thorough checks being done by the country’s regulators to ensure standards.  In December 2016, Nigeria’s border officials seized fake rice made from plastic, weighing around 2.5 tonnes and intended for distribution to people during the Christmas festivities. According to officials, the fake and poisonous rice was smuggled into the country by unscrupulous businessmen. That is how corruption enables corporations and individuals to sell dangerous products to the public.

In the Coca-Cola case, presiding judge Justice Adedayo Oyebanji ruled that high levels of benzoic acid and sunset additives in Fanta and Sprite pose a serious health risk to consumers when mixed with ascorbic acid, commonly known as vitamin C. The court also ordered the Nigerian Bottling Company (NBC) – a member of Coca-Cola Hellenic group which bottles Coca-Cola products in Nigeria – to place written warnings on the bottles of the two drinks, saying the drinks pose a health risk. This means the two drinks would carry warning labels like cigarettes.

The court didn’t stop there. It went further to award financial costs of two million naira ($6,350) against the National Agency for Food and Drug Administration and Control (NAFDAC) for failing to ensure health standards in the country.

“It is manifest that NAFDAC has been grossly irresponsible in its regulatory duties to the consumers of Fanta and Sprite manufactured by Nigeria Bottling Company. NAFDAC has failed the citizens of this great nation by its certification as satisfactory for human consumption products … which become poisonous in the presence of ascorbic acid,” Justice Oyebanji said in his ruling. In fact, the Nigerian public wouldn’t have had this relief ruling aimed at protecting their lives had something not gone wrong between a businessman and the NBC.

Businessman Dr Emmanuel Fijabi Adebo used to do business with the NBC. He buys NBC products and distributes them across the country. In 2007, he decided to go international. Dr Adebo’ company, Fijabi Adebo Holdings Limited, attempted to export Coca-Cola products (Fanta and Sprite) to the United Kingdom for retail. The NBC failed to compensate Dr Adebo for his financial loss. This compelled him to go to court to seek redress. After hearing the full facts of the case, the court held that products considered dangerous in the United Kingdom are also dangerous in Nigeria.

“Soft drinks manufactured by Nigeria Bottling Company ought to be fit for human consumption irrespective of color or creed,” the judge said.

When the ruling was given, Mr Adebo expressed his displeasure, vowing to pursue further damages because the costs the court awarded are not enough.  He told CNN in an interview: “I’m happy that I’m victorious and we’ve alerted Nigerians and the entire world to what is happening in Nigeria. What the court fined NAFDAC is not one tenth of the amount I’ve spent on litigation … We should have been awarded at least the amount that we spent in purchasing that product and in exporting it to UK. We are entitled to special damages for what we have gone through.”

Following the ruling, Nigerian citizens took to social media to express their dissatisfaction of all Coca-Cola products. Many lashed out at NAFDAC for handling consumer safety in the country poorly. They accused the agency of placing more priority on generating revenues than protecting citizens. Some also accused NAFDAC for being responsible for numerous health problems and deaths because it allows corporations to sell poison to the public. The majority of citizens called for a boycott against all Coca-Cola products in the country to serve as a deterrent to other unscrupulous corporations taking advantage of endemic corruption to kill the public. The ruling has dented the image of Coca-Cola in the country. The company is likely to suffer losses this year because the scandal will remain in the minds of citizens for a long time to come.

This article (Nigerian Court Rules Coca-Cola Products Unfit for Human Consumption, Citizens Call for Boycott) is a free and open source. You have permission to republish this article under a Creative Commons license with attribution to the author and AnonHQ.com.