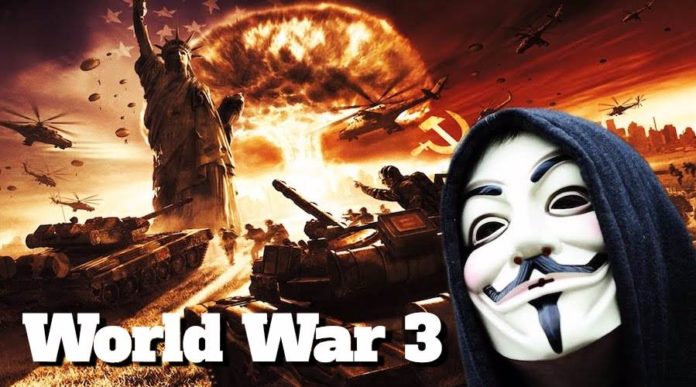 Remember the story about the frog in the pot of cold water? The heat is slowly turned up and the frog, unbeknownst to him, is boiled. The slow increase of temperature numbs the frog into thinking ‘situation normal’ until it is too late. By then, the frog is already dying and incapable of rational thinking to save himself.

Sound familiar? All though the ‘Boiling Frog Syndrome’ is somewhat a misconception, the act of governments perpetuating propaganda to normalize certain questionable behaviours until they are conventional, isn’t.

Normalizing a behaviour or belief until it is widely accepted isn’t new. It isn’t so different to the cold water turning hot. Propaganda has existed for as long as the media has; it has been instrumental in selling us useless material goods right through to dangerous pharmaceuticals and war. The normalization of behaviour is introduced slowly until we no longer understand the moral or ethical truth and we accept it as the norm.

The Syria strike could be viewed much in the same way by anyone mildly sceptic. Occurring on April 7 the Syria strike surprised us all. But although it occurred, and warning after warning flooded in against the US not to cross the line again, it was sold to the world that it was an “isolated” strike that was necessary. A good part of the world bought it.

While we’re still processing our shock – and adjusting to the prospect of war – the MOAB is dropped on Afghanistan today. Now, Afghanistan has always been in the background, but weren’t they at one stage scaling back the US military in the area? Just for a moment put aside your Democrat-Republican views and contemplate this: Without the Syria strike, the MOAB would likely have caused shock waves throughout society akin to its detonation. It’s a contentious statement but one that must be said. Is this another process of normalization?

Is the Trump administration preparing us for something bigger? After all, the media have rammed down our throats this is the Mother of All Bombs in the non-nuclear department. If that’s the case (which it isn’t), following logic, nukes come next, don’t’ they?

The festivities commence in North Korea tomorrow morning. The celebration of the “Day of the Sun” kicks off, marking the 105th anniversary of the birth of Kim II Sung, the state’s founder. All the while the USS Carl Vinson is making good time to arrive in the area.

Everyone is wondering if the sixth nuclear test by North Korea will mark the celebration. The tubby tyrant did promise for something special. But this isn’t the contention to discuss.

Russia’s President Putin and Russian officials have pleaded with the US and North Korea to back down and exercise “restraint.” China is stressing for both sides to return to the table for talks before reaching the “irreversible route.” Meanwhile, Trump is adamant the US will “solve” the Korean problem and Japan’s government is right now discussing how to quickly evacuate the 70 or so thousand Japanese citizens in Seoul – South Korea’s capital. And then there’s the sudden claims of North Korea’s ability to deliver deadly sarin gas attacks like those of Assad’s against South Korea – the mainstream media are so tidy in their explanations…was Press Secretary Spicer the first one to come up with that? And don’t forget months ago about the attack against Kim Jong-un’s brother Jong Nam, that involved deadly chemical agents. More normalization? The truth is, we’ll never know.

Nonetheless, reading between the lines and the leadups, the leaders of these regions know about the planned nuclear launch (or something to a similar effect). The guess though… is will it be a pre-emptive one or the sixth one?

I truly hope I’m way off the nuclear mark on this one, but if I’m not I won’t be surprised. And you shouldn’t be either. After all, this is just ‘normal’ isn’t it?

This article (Normalizing Government Behaviour May Lead to WW 3) is a free and open source. You have permission to republish this article under a Creative Commons license with attribution to the author AnonWatcher and AnonHQ.com.