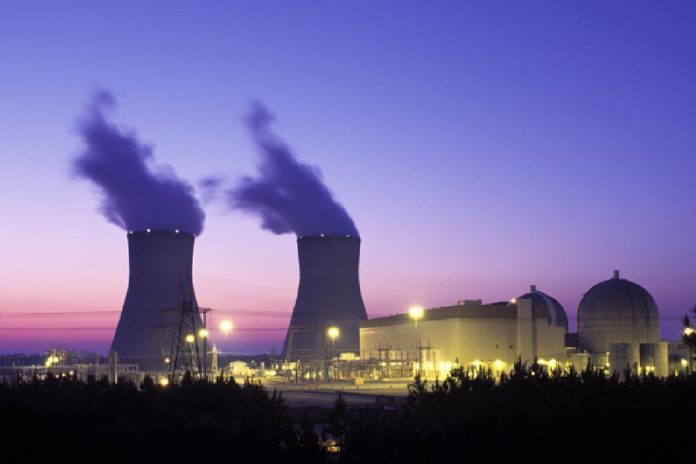 As I was growing up, I thought that nuclear power plants were something out of Star Trek. They split atoms to make power. Imagine the shock I felt when I discovered that nuclear power was just a fancier way to boil water. Currently, there are 99 nuclear power plants in the US. They provide a total of 20% of the electricity generated in the country. Nearly 75% of them are actively leaking a radioactive compound called Tritium. The latest nuclear plant to have been discovered to have a leak is the Fitzpatrick Nuclear Power Plant in Oswego, New York. The plant is run by energy corporation Entergy. A visible sheen was observed spreading out for miles from the site of the plant, making it undeniable that the leak wasn’t coming from elsewhere. It was discovered by a Coast Guard Auxiliary air crew. A section of Lake Ontario had to be cordoned off, preventing the leak from spreading further.

Neil Sheehan, a spokesman for the Nuclear Regulatory Commission, made the following statement: “It appears about 20 to 30 gallons that leaked were then drained through the plant’s discharge drain system to the lake. The company has placed oil-absorbent pads on the turbine building roof and has also stopped all circulating water pumps to eliminate any further discharges.”

It is not much of a comfort to know that the government is contributing to the cleanup. With decades of research and knowledge about the dangers of nuclear power, the government continues to build them, with five new plants under construction as of 2015. I don’t believe any of us need to be reminded of the dangers of nuclear power after the recent Fukushima Daiichi Nuclear Power Plant meltdown.

After the earthquake and subsequent tsunami, the reactors and their cooling system shut down. This resulted in nuclear materials being dumped into the Pacific ocean. Traces of the radiation are being found along the California coastline. And as you’d expect, the official inquiry found that despite the earthquake and tsunami, the meltdown was preventable and a result of a failure to maintain vital systems.

New York is no stranger to leaky nuclear plants; the Indian Point nuclear plant has been shut down at least 14 times since 1973. The most recent closing of the facility took place in 2015, when two fuel rods lost power. When you look at the incidents of closure at Indian Point, as well as every other nuclear plant, it becomes obvious that the fundamental problem is a crumbling infrastructure. Much like our roads and bridges, nuclear power plants, especially ones built before the 1980s, are falling apart.

With the rise of renewable and sustainable energies, nuclear power is something that we should put behind us as a learning experience, never to return to again. Nuclear power plants have not only demonstrated the capability of a widespread catastrophic meltdown – as in the cases of Fukushima and Chernobyl – but they are shown to leak on a regular basis. When 75% of the nuclear plants in this country are unsustainable and unsafe, for both local residents and the rest of the world, it’s time to look elsewhere to meet our power needs.

This Article (Nuclear Power Plant Found Leaking Into Lake Ontario) is free and open source. You have permission to republish this article under a Creative Commons license with attribution to the author and AnonHQ.com.