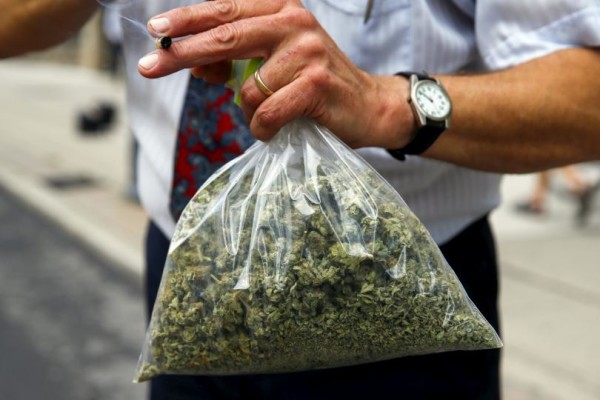 This is what we have been advocating for: medical use of marijuana. We believe that responsible use of the plant helps the user.

Australia is the latest nation to have listened to our voices. In Australia, activists in favor of using marijuana for medical purposes, have been fighting for the plant to be legalized for some years now.

Now the country has responded. On Wednesday, the Australian Parliament passed a new law to officially legalize medical use of marijuana.

The new measure will update the already existing Narcotic Drugs Act. This will allow marijuana to be legally grown for medical and scientific purposes, for the first time in the Pacific nation.

Australia’s minister of health, Sussan Ley, tweeted from the Australian Capital Territory-Canberra, expressing her gratitude for the new changes in the law.

Sussan also issued a statement eulogizing activists who have been on the forefront fighting for this milestone achievement in the country. She said she was happy because those who will now use the plant to treat their diseases, will no long be treated like criminals.

“This is an historic day for Australia and the many advocates who have fought long and hard to challenge the stigma around medicinal cannabis products so genuine patients are no longer treated as criminals. This is the missing piece in a patient’s treatment journey and will now see seamless access to locally-produced medicinal cannabis products from farm to pharmacy,” Sussan said.

CNN reports that patients who are waiting to use marijuana to treat their diseases, have praised the government for finally reasoning with them. In February 2015, 25-year-old Daniel Haslam lost his life to terminal bowel cancer. Before his death, somebody had recommended marijuana as an alternative treatment for his cancer. Although he did not survive the disease, his mother, Lucy Haslam, later revealed that using marijuana to treat terminal bowel cancer was far more effective than chemotherapy treatment.

Thereafter, Lucy founded the advocacy group United in Compassion. The group opened a petition that urged the Australian government to make medical use of marijuana legal. The petition received close to 300,000 signatures, and has been described as the most successful petition to have been launched in Australia.

Therefore, when the new measure on the plant was announced, Senator Richard Di Natale brought up Daniel’s story before the floor of Parliament. He praised Lucy for fighting for other patients who are currently facing situations that are similar to her late son’s.

Dan Haslam was 20-years-old when he was diagnosed with stage 4 bowel cancer. He had everything ahead of him. Dan went through hell. He spent years enduring chemotherapy that made him nauseous, he lost weight, he was unable to eat. Dan developed something called ‘anticipatory nausea.’ That’s when just the thought of going in and getting chemo, was enough to give him nausea. He was so unwell, he lost so much weight that it appeared that the chemotherapy would be no longer be used. Then, quite by accident, Dan’s family found out about medicinal cannabis, and like any desperate parents, they did what they could and the effects were profound. His nausea settled and he regained some quality of life in those final few years. Today is one year since Dan’s passing. It is incredibly fitting that today we are passing this Bill which is one step towards making medicinal cannabis accessible to people like Dan. Thank you to Lucy for everything you have done. Please know that your family’s grief, pain and suffering has not been in vain and this is a legacy that Dan will leave here in Parliament.

“It is incredibly fitting that today we are passing this bill which is one step towards making medicinal cannabis accessible to people like Dan. Thank you to Lucy for everything you have done. Please know that your family’s grief, pain and suffering has not been in vain and this is a legacy that Dan will leave here in Parliament” Senator Di Natale said.

Although the plant has been legalized for medical use, regulations still need to be put in place, and production licenses need to be applied before production can officially begin in Australia. The health minister also reminded people that the changes would not affect recreational marijuana, which still remains illegal. According to the Sydney Morning Herald, since it was previously illegal to grow and import medicinal marijuana products, some patients bought the products on the black market, and they were constantly prosecuted for drug use and possession. This new change in the law brings some sort of relief to them.

According to research, the marijuana plant contains more than 400 individual chemicals, making the plant one of the most powerful on earth.

The debate about the legalization of the plant, is currently going on in some countries. In West Africa for example, the former United Nations secretary general, Kofi Annan, has been urging governments in the region to legalize the plant.

Marijuana Laws Around the World | HealthGrove

In the United States, the state of California was the first to allow the use of medical marijuana in 1996. Currently, a total of 23 states, including the District of Columbia and Guam, all allow for comprehensive public medical use of marijuana. Studies have found that marijuana is effective in relieving some of the symptoms associated with HIV/AIDS, cancer, glaucoma and multiple sclerosis.

This Article (Official: Australia Legalizes Medicinal Marijuana) is free and open source. You have permission to republish this article under a Creative Commons license with attribution to the author and AnonHQ.com