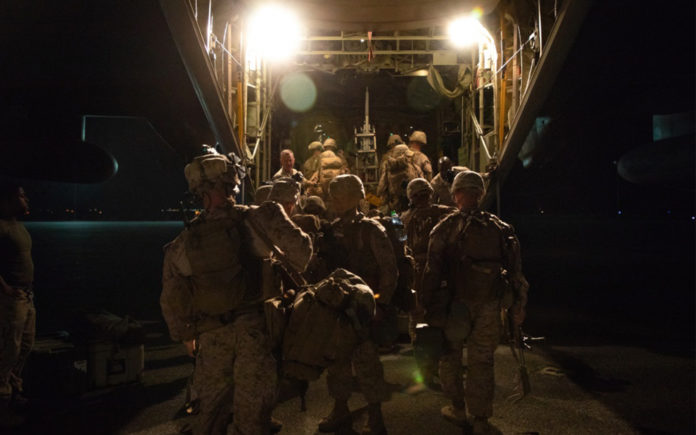 Oil prices jumped to the highest level in more than three months on Friday after the US killed a top Iranian military commander in Iraq, sparking fears that escalating conflict in the region could disrupt global oil supplies, Reuters reports.

US Secretary of State Mike Pompeo said Soleimani was planning attacks on US facilities and workers in Iraq, Lebanon, Syria and other countries.

Tensions between the United States and Iran have flared over the past year as Washington reimposed sanctions on Tehran and in the aftermath of a missile and drone attack on oil installations of the Saudi Aramco company that US officials blamed Iran for.

The Soleimani attack has brought those tensions back to the forefront, fanning worries about a squeeze on crude supplies, though the effect of the increased geopolitical risk remains unclear.

“The market is trying to assess whether we’ll see a supply disruption, if any,” said Andy Lipow, president of consultants Lipow Oil Associates.

“Iran has already seen their exports cut to minimal volumes; they have little to lose in the way of crude oil exports.”

More than 675,000 front-month WTI contracts changed hands, the most in a month, while Brent trading volumes surpassed 364,000 lots, highest since the Saudi attacks.

Concern shifted to potential retaliation, and US oil companies were taking steps to evacuate workers from Iraq.

“The Iranian retaliation could take the form of a quick response by proxies against US allies and assets. One-off incidents targeting Gulf oil flows are possible, as are attacks on Gulf oil infrastructure, after the Abqaiq incident did not trigger a US military response,” said Paul Sheldon, chief geopolitical risk analyst at S&P Global Platts.

The US embassy in Baghdad on Friday urged all citizens to depart Iraq immediately, and dozens of US citizens working for foreign oil companies in the Iraqi oil city of Basra were preparing to leave, company sources told Reuters.

All oil fields across the country were operating normally and production and exports were not affected, Iraq’s Oil Ministry said in a statement. It said no other nationalities were departing.

“If the situation worsened, and oil supplies were disrupted, this could have broader economic and financial market impacts through a sharp rise in crude oil prices,” UBS Global Wealth Management’s chief investment officer Mark Haefele said in a note.

Oil prices also found support after data showed weekly US crude stockpiles fell by the most since June.

US Deploys Additional 3,000 Troops to Middle East Amid Iran Tensions

(MEMO) — The US is deploying roughly 3,000 additional troops to the Middle East after it killed a top Iranian general, according to multiple reports published Friday, Anadolu Agency reports.

The new deployment will include soldiers from the Army’s 82nd Airborne Division, the reports said citing anonymous defense and military officials.

They will be sent to both Iraq and Kuwait, according to NBC News.

Qassem Soleimani, the head of the elite Quds Force who was the chief architect of Iran’s Middle East operations, was killed early Friday morning in a US airstrike outside of Baghdad’s airport. Abu Mahdi al-Muhandis, a senior commander of Iraq’s Popular Mobilization Units (PMU) was also killed in the airstrike.

Soleimani’s slaying marks a dramatic escalation in tensions between the US and Iran, which have often been at a fever pitch since President Donald Trump chose in 2018 to unilaterally withdraw the US from the nuclear pact world powers struck with Tehran.

Following the death of an American contractor in rocket attacks on a US base in Iraq, Washington carried out a series of strikes on Sunday that led to the deaths of at least 25 fighters from the Iran-backed Kataib Hezbollah militia group.

The strikes were the first major attack by the US on an Iran-linked group since the withdrawal of troops from Iraq in 2011.

The US embassy in Baghdad was then attacked by a large crowd of angry protesters on Tuesday, leading to a two-day standoff between US forces and protesters.

The Pentagon accused Soleimani of plotting the embassy attack and planning to carry out additional attacks on US diplomats and service members in Iraq and the region.

Trump said Soleimani was behind the deaths and woundings of thousands of Americans, and claimed “he was directly and indirectly responsible for the death of millions of people, including the recent large number of PROTESTERS killed in Iran itself.”

Although Iran is “not able to properly” admit it, Soleimani was both “hated and feared” within the country, the US president said in a series of tweets.

“He should have been taken out many years ago!” Trump added.