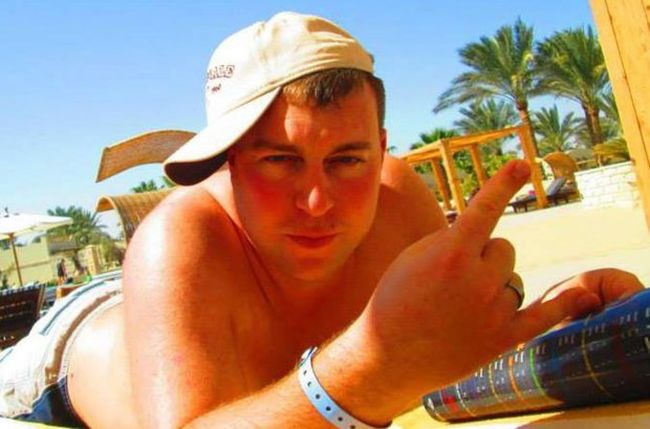 Robin Hollyson, serving 24 years for 29 child sex abuse offences including multiple rapes of an 11-month-old boy, killed himself in his cell after he was taken off suicide watch at Horfield prison in Bristol.

The 31-year-old IT expert was part of a pedophile ring of seven men that drugged and raped babies, toddlers and pre-school children and broadcast the sexual abuse live on the Internet – the gang, branded ‘monsters in disguise’, was jailed for a total of 78 years at Bristol Crown Court in September 2015.

A spokesman for the Ministry of Justice said Hollyson, who had changed his name to James King, had been found hanging in his cell.

“HMP Bristol prisoner James King (04/07/84) was found unresponsive in his cell on Friday 15 January. Prison staff attempted CPR and paramedics attended, but he died in hospital on Sunday 17 January. As with all deaths in custody, the independent Prisons and Probation Ombudsman will conduct an investigation.”

He further admitted to raping a boy from the age of three months and filmed himself doing it, after befriending his parents who allowed him to babysit the boy, between December 2013 and January 2014. In May 2014, Hollyson and two others took turns to rape and sexually assault the boy, while sharing footage online.

Baby rapist found dead in his cell – Robin Hollyson groomed a mother and father before their baby was even born… https://t.co/xtjcU1UreK

“You determined cruelly and callously to exploit a family and prey on their baby for your perverted sexual purposes. You were keen to involve others in your deviant sexual activity. You determined to share the abuse of the baby with other perverted men and to publish your corrupt sexual exploits in the darkest parts of cyberspace.”

Sentencing the other six pedophiles, Lambert was aghast:

“In the worst nightmare, from the very deepest recesses of the mind, at the darkest hour of the night, few can have imagined the terrifying depravity which you men admit. What you contemplated and what you did, involved the most horrific abuse of a baby and very young children.

“Your thoughts and your deeds are beyond human instinct and reason, and are evil beyond rational understanding. You men indulged yourself in some of the most depraved and grossly deviant behaviour imaginable. The depth to which you sank is astounding and highly shocking to all decent people.

“What you did is contrary to all nature and humanity and you each appear to have a chilling tendency to centre the world on yourselves and your depraved desires without regard for the innocent and vulnerable.”

This Article (One Of Britain’s Most Notorious Pedophiles, Serving 24-Year Jail Term, Kills Himself) is free and open source. You have permission to republish this article under a Creative Commons license with attribution to the author and AnonHQ.com.