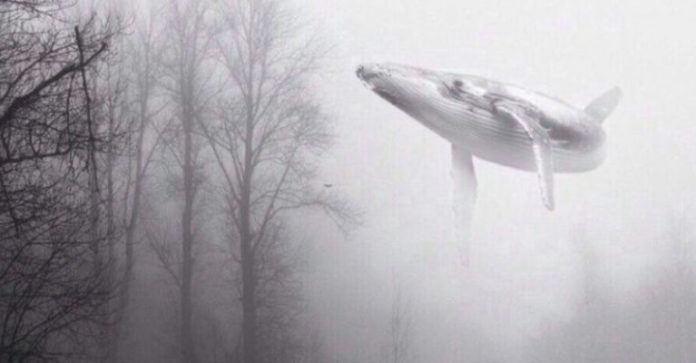 An investigation has found that the game has taken the lives of 17 teenagers so far.

Fear is sweeping across the world as a new video game called ‘Blue Whale’ is emerging as a trend and involves players dying. The game is appearing on social media sites, primarily in Russia, where fears are rising and spreading to the Central Asian countries of Kazakhstan and Kyrgyzstan as the online games are driving teenagers to commit suicide. The game is known by a few names which include, Siniy Kit (A blue whale), Tikhiy Dom (A quiet house/a silent house), More kitov (a sea/a bunch of whales), and Razbudi menya V 4:20 (Wake up me 4.20am), according to reports. At the moment, it is currently unknown where and when this specific gaming trend began online, although Russia’s Investigative Committee recently announced an arrest linked to the game, which was discovered on the VKontakte social network. Svetlana Petrenko, a spokesperson for Russia’s Investigative Committee, told TASS that after the investigation, a criminal case on the charges of instigating suicide was launched. RBTH reports,

“According to the investigators, from December 2013 to May 2016, the perpetrators established eight virtual groups on the VKontakte social network to promote suicidal behavior and drive underage users to commit suicide.”

The game is designed to give each player an administrator after they sign up, who then assigns them with things to do over the course of 50 days. Proof of the player carrying out these tasks during the time period must be sent to the administrator, and the game is won by the player committing suicide. One correspondent from RFE/RL wanted an accurate look at how the Blue Whale game works, so they created a fake profile of a 15-year-old girl on the Vkontake site.

Here is a transcript of their online conversation:

“Are you sure? There is no way back,” responded a so-called curator of the Blue Whale game.

“You can’t leave the game once you begin.”

Then the curator explained the rules.

“You carry out each task diligently, and no one must know about it. When you finish a task, you send me a photo. And at the end of the game, you die. Are you ready?”

“I have all your information. They will come after you.”

According to reports, “the first task given to the corespondent was to scratch “F58” into her arm. They tried to fool the curator with a photoshopped image, but the curator ceased to respond.” Russian authorities who are investigating the game believe that the man behind the creation is Filip Budeikin, who is currently facing charges for driving at least 15 teenagers to commit suicide. In a disturbing interview with the saint-petersburg.ru media outlet, Budeikin admitted the real number was 17 and said his victims “died happy. I gave them that which they did not have in their real life: warmth, understanding, connection.” Authorities in Kazakhstan have blocked access to the “death groups” on social media, and in Central Asia, Kazakh Interior Minister Kalmukhanbet Kasymov has called for creating a national database of social-media users. In the capital of Kyrgyzstan, any sites with hashtags #SeaOfWhales, #BlueWhales, #WhalesSwimUpwards and #WakeMeUpAt420, as well as #F58, and many others have been blocked.

The Youth Suicide Prevention Program has put together a list outlining some of the more noticeable characteristics found in depressed or suicidal teens:

“Most suicidal young people don’t really want to die; they just want their pain to end. About 80% of the time, people who kill themselves have given definite signals or talked about suicide. The key to prevention is to know these signs and what to do to help.

What are your thoughts on this story?

This article (An Online Gaming Trend Is Causing Teenagers To Commit Suicide) is free and open source. You have permission to republish this article under a Creative Commons license with attribution to the author and TrueActivist.com