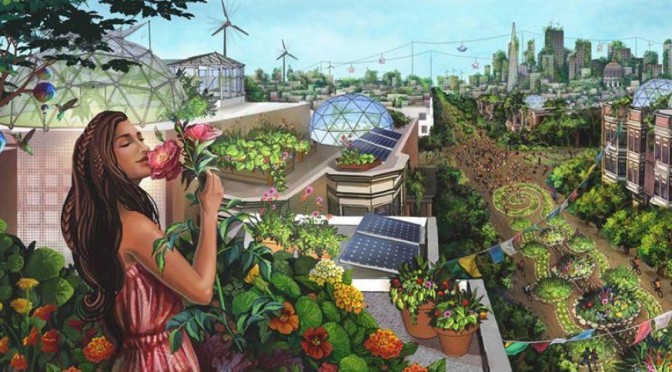 Author Lance Schuttler has a world view. He believes if we as a collective have strong and clear intentions, we can create the world we want. He believes that humanity is rapidly undergoing a positive change. He believes the world’s current socio-economic model is experiencing an efficient, sustainable transition. With his world view, he believes, a peaceful revolution is inevitable.

Lance brings your awareness to the fact that people across the world are rethinking, questioning and breaking free. Rallies against corruption, rallies for justice, rallies for transparency, and rallies for peace and equality are evidence that people are raising their voices, they are challenging the establishment, tyranny, cover-ups, and that they are together calling for freedom and parity.

In 2011, protesters occupied Zuccotti Park in Manhattan to rally against “the one percent”. The movement was called Occupy Wall Street Protest, a product of the 2008 financial crisis, which saw the government bailout corporations with billions of dollars of taxpayer money. However, much of the “99 percent” felt left out. Some 2.6 million jobs were lost, and several Americans had their homes foreclosed. The movement spread globally; the supporters just celebrated its 4th anniversary. March Against Monsanto, an international grassroots movement and protest against American biotech giant Monsanto, was started in 2013. Hundreds of thousands of activists from over 400 cities continue to speak out against GMOs and Monsanto’s monopoly over the food supply. The third global annual MAM occurred in May 2015 participated by 48 countries. France and Russia recently banned GMOs.

Since the onset of Great Recession, street protests and grassroots campaigns have raised their heads in Europe and other countries against the implementation of austerity programs forcing citizens to repay the debts of their oppressors. In June 2015, in the first major protest against the UK government’s plans for five more years of austerity, between 70,000 and 150,000 estimated to have marched in central London, with demonstrations in Glasgow, Liverpool and Bristol.

More than 300,000 people marched through the streets of New York City in September 2014 in what organizers called the largest climate-change demonstration in history. Accompanied by drumbeats, wearing costumes and carrying signs, thousands of demonstrators filled the streets of Manhattan and other cities around the world to urge policy makers to take action against global warming.

For the past three years, OUR Wal-Mart, a union-backed group of employees, has used Black Friday as a time to strike and call for higher wages, more consistent full-time work, and respect on the job.

In 2013, over 8 million flooded the streets of Cairo, Egypt as the military supported the people’s birthright to freedom by removing the corrupt regime.

The examples are endless, and so are the opportunities for a peaceful revolution.

The BRICS are planning to reset the global financial system, which in time will allow our world’s entire socioeconomic system to shift into a resource-based economy. In this revolutionary, yet very practical system, Lance believes technologies will be implemented that will help improve the quality of life for everyone.

In his argument, Lance points to something out of this world – well literally. The Earth’s magnetic field has been receiving an increased number of coronal mass ejections (CMEs) for the past three years. CMEs are explosions of electricity and energy in the form of electrons and protons. This ejected, self-organizing and coherent plasma can create disturbances in radio signals and navigation systems and also affect humans down to the level of our DNA.

The presence of photons creates new neuro-pathways and reshapes our thought patterns to ways that better serve us. With the presence of photons always amidst us via Sun, our DNA continues to change and evolve. We have the power to change our world and we are receiving help from many known and quiet sources.  Therefore, Lance believes peaceful revolution of the systems that suppress and no longer serve the humanity is inevitable.

This Article (Peaceful Revolution Is Inevitable. The World Is Changing. And How! ) is free and open source. You have permission to republish this article under a Creative Commons license with attribution to the author and AnonHQ.com.