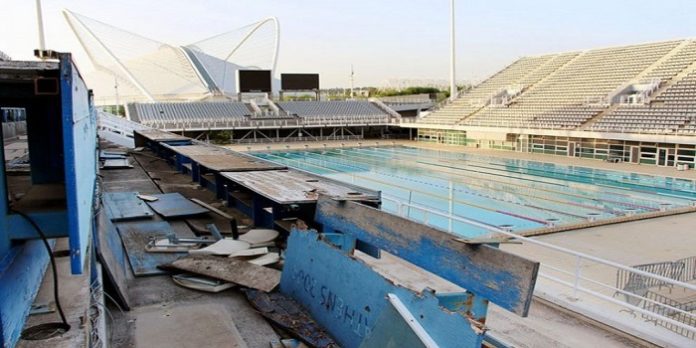 Taxpayers in Brazil will spend over £3.8 billion to host the Games this year. Meanwhile, many of Rio’s citizens will watch the excitement from rooftops because they cannot afford to attend.

The Olympic Games are in full swing in Rio de Janeiro, Brazil, but what few in the world know is that the majority of citizens in the lush country cannot even afford to attend the event which is costing taxpayers £3.8 billion.

Indeed, the average Brazilian makes less than £400 a month, and cannot in good conscience spend the £23 for one ticket. In effect, many have been watching the Games from the rooftops of slums, and the photos captured by artists of them doing so paint an accurate picture of what blind consumerism has helped create in this world.

If you need more visual evidence to understand just how wasteful the Olympic Games are – and have been – in years past, the following photos do an excellent job of validating the fact that the money invested in the tradition could probably be better spent.

Though the Olympic Games have been taking place every four years in various locations around the world since 1896, many of the venues have been abandoned and/or forgotten by the public. From Beijing to Berlin, from Athens to Atlanta, there are a number of spaces which could have been re-used or repurposed to hold the Games.

This inspires one to ask the question: “If the indigenous in Brazil are suffering through one of the worst crises in decades and millions still live in poverty, how can spending billions on the Games be justified?”

As you reach for an answer to this question, scroll through the following 30 photos, compiled and captioned by Bored Panda, which reveal what has become of venues in the past that once attracted millions for the Games.

The disused bobsled track from the Sarajevo 1984 Winter Olympics is seen on Mount Trebevic, near Sarajevo, September 19, 2013. Abandoned and left to crumble into oblivion, most of the 1984 Winter Olympic venues in Bosnia’s capital Sarajevo have been reduced to rubble by neglect as much as the 1990s conflict that tore apart the former Yugoslavia.

The bobsleigh and luge track at Mount Trebevic, the Mount Igman ski-jumping course and related infrastructure are crumbling more and more with each passing year. But adrenaline, fear and exhilaration are back on the bobsleigh track as downhill bikers Kemal Mulic, Tarik Hadzic and Kamer Kolar train on the graffiti-covered concrete.

An abandoned training pool for athletes at the Olympic Village.

Interesting fact about these ski jumping towers is that the Swiss jumper, Andreas Dascher introduced a new style of jumping, which would soon come to be known as the Dascher technique. Before these Games, the athletes would hold their arms forward over their heads. Dascher reasoned that if the athlete held his arms at his side he would fly farther. Adherents to this new style dominated the competition.

View of the swimming pool in the 1936 Olympic village in Elstal, west of Berlin. The village, which housed over 4.000 athletes for the notorious 1936 Olympic Games in Berlin, then under Nazi rule, was used as barracks for the German army shortly afterwards, and from 1945 as barracks for Russian officers, until the Russian army’s final withdrawal in 1992.

48 of abandonment and a beautiful view

A graveyard has been established in what was once part of the Olympic Sports Complex in Sarajevo for the 1984 Winter Olympics.

View at the Helliniko Olympic complex in 2014.

The 2008 Beijing Olympics venue for the competition lies deserted and unmaintained in central Beijing, April 2, 2012.

Seats for reporters remain desolate in 2014.

Nini, left, and Yingying, two of the five mascots for the 2008 Beijing Olympic Games, are seen lying among trees behind an abandoned, never-completed mall in Beijing. The fallen mascots are a reminder of the high costs of hosting the event. Their derelict state reflects the challenges that China has faced in finding new uses for its Olympic investments, with many venues falling into disrepair and some construction projects left incomplete.

Deserted houses for the athletes in the former Olympic Village for the 1936 Berlin Olympic Games.

Old Soviet venue built for the Moscow Olympics in the 1980’s. Located in Tallinn, Estonia.

The remains of a fountain decorated with the Olympic rings and graffiti-defaced marble blocks dedicated to Greek Olympic medal winners are seen here decapitating in 2012.

A view of the disused ski jump from the Sarajevo 1984 Winter Olympics on Mount Igman, near Sarajevo, Sept. 19, 2013. Abandoned and left to crumble into oblivion, most of the in Bosnia’s capital Sarajevo have been reduced to rubble by neglect.

The derelict netting and scoreboard in the background on a tennis court stand at the Stone Mountain Tennis Center, home of the 1996 Summer Olympic Games tennis events, in Stone Mountain, Georgia, July 19, 2016. The permanent tennis facility built in a corner of Stone Mountain Park quickly became a money-loser and now sits idle, weeds growing through the outer courts and the scoreboard in disrepair.